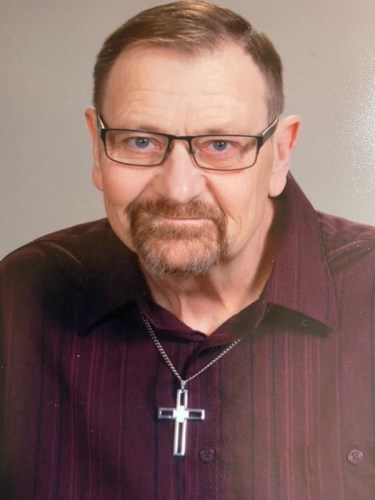 Memorials may be directed to St. James Lutheran Church, Lutheran Chaplaincy Program or to the donor's charity of choice.

Ross Dale Anderson, the son of Nordahl and Irene (Nonnweiler) Anderson, was born September 22, 1958 at Forest City, Iowa. He grew up on a farm north of Ventura where he graduated from high school. During high school Ross was involved in 4-H, choir, drama and band. He continued his education at NIACC and graduated from UNI with a degree in teaching. On June 22, 1985 he married Paula Bahnsen at the Old Stone Methodist Church in Rock Falls. Ross taught fourth and fifth grade for almost 25 years for Dumont Community Schools until it merged creating the Hampton Dumont Community School District. Ross was forced to retire early due to health concerns, however, he became a well-known face for coffee in local restaurants. He attended cardiac rehab for many years before he was unable due to the Covid outbreak.

He was a member of St. James Lutheran Church in Allison where he was active teaching Sunday school, being Sunday school superintendent, Sunday school music director, choir director and church council member. He belonged to the National Education Association.

He was preceded in death by his parents; sister, Diane Christensen; brother, Joel Anderson and an infant brother. CATALDO FUNERAL HOME 641-923-2841 www.cataldofuneralhome.com