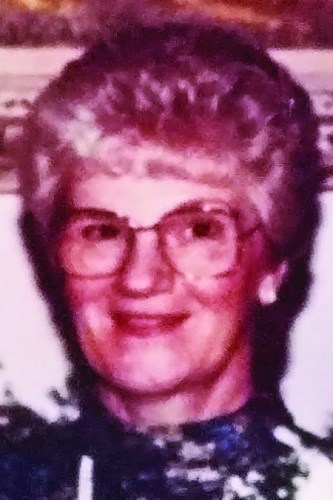 A memorial service will be held 11:00 A.M., Thursday, September 24, 2020 at Cataldo Funeral Chapel, 160 E. 4th St., Garner with Ken Quintus officiating. Inurnment will be at Concord Township Cemetery in Garner.

Ruth Elaine Quintus, the daughter of Raymond and Fern (Atkinson) Nickerson, was born December 1, 1933 in Clear Lake. She graduated from Clear Lake High School and continued her education in Cedar Rapids earning a four-year degree…in 3 years. She was accepted to the Mayo Clinic School of Physical Therapy where she graduated as a Registered Physical Therapist. Shortly after that she was asked to take a position in the new Physical Therapy department at Mercy Hospital in Mason City. Later she worked at Hancock County Memorial Hospital in Britt. On February 23, 1962 she married James Quintus from Garner. They farmed south of town, raising two sons, Joel and Joshua. In August of 1973, Ruth and Jim sold the family farm and moved to Isanti, MN. Ruth was employed by the State of Minnesota at the Cambridge Regional Center where she worked for 24 years, retiring as the supervisor in 1997. She was also the last Registered Therapist employed by the state, after that the position was resourced.

Ruth loved Jesus Christ! Just ask and she would have told you. She spent her whole life being involved with the church: FCYF, quizzing, youth rallies. Then nursery and Sunday school. Ruth worked in the library at the church in New Hope and also the Stephens ministry which focuses on helping people and mentoring to others. After Jim passed away in 1992, she started a grief sharing group at her new church, which turned into a bible study in her home that lasted over a decade.

Her love of horses was passed on to both of her sons. The family spent their summers going to 4-H and horse shows. Later she followed her son, Josh as he owned and operated his own Arabian training center in Pilot Point, TX. After retiring in 1997, Ruth turned her focus to her grandchildren, Austin of Anoka, MN and Allison of Elk River, MN. Now Allison has two sons, Hayden and Grayson. We are sad that Ruth will miss the wedding we have been waiting for of Allison and Mitchell who will be married in 2021.