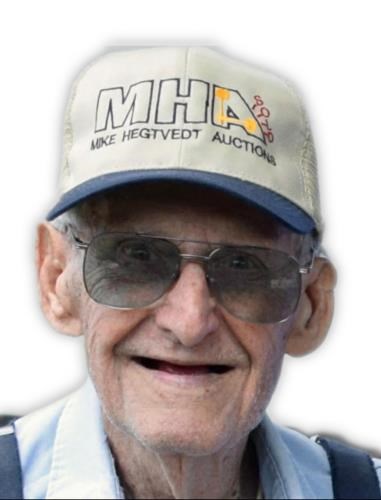 Walter was born on December 13, 1926 in Britt, IA, the son of Bernard and Winifred (Packard) Asche. He attended Britt school until he began farming for his father, later on being drafted into WWII being stationed in Germany. On February 5, 1951, Walter married Catherine Crowley, and to this union five children were born. He farmed for ten years before working for Armour until his retirement.

Collecting silverware was a hobby that Walter had, even had a set that lasted through a tornado. Amongst being a collector he enjoyed hunting, fishing and gardening were all more ways he could spend his time. Most importantly, Walter loved his family and would do anything for them.

Walter is preceded in death by his children, Christine Campbell, Chuck Asche; his parents; one brother; two sisters; and one step-sister.

To plant trees in memory, please visit our Sympathy Store.
Published by Globe Gazette on Dec. 1, 2020.
MEMORIAL EVENTS
No memorial events are currently scheduled.
To offer your sympathy during this difficult time, you can now have memorial trees planted in a National Forest in memory of your loved one.
Funeral services provided by:
Hogan Bremer Moore Colonial Chapel
GUEST BOOK
3 Entries
I loved working with Walter. He was such a fun loving man. My favorite memory is of him dancing with me while waiting for food! He will be missed!
Samantha Severson
December 3, 2020
Chris, just saw this about your dad. I´m so sorry for your loss. I hope you remember me after all these years. I´m on Facebook.
Mariann Soocum
December 2, 2020
Our thoughts and prayer to Walt´s family. Uncle Walt was a joy to us to learn much family history. He will be missed
Jim & Gretchen Schubert
December 1, 2020