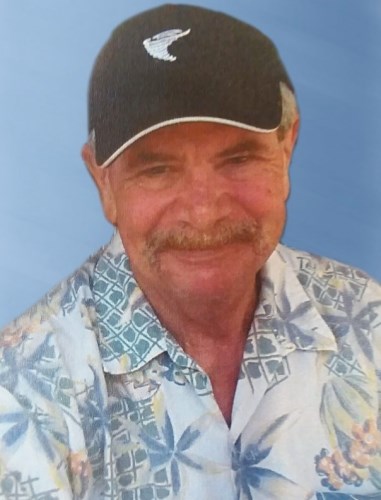 CHARLES CITY-On November 19th Bill, 66, succumbed to complications of a bone infection and died peacefully at home surrounded by family. He was able to watch the eagles over the Cedar River until his end. Visitation will be at Messiah Lutheran Church on Saturday November 28th from 10 am-2p following social distancing guidelines. Private funeral services will follow at 2 pm and be available online at Messiah Lutheran Church Facebook live.

Bill was born in Mason City as a Valentines gift to his family on February 14, 1954. "That's why I am so sweet!" he would say. He moved to Arizona as a young boy and returned to Iowa when he was 13. He attended Clear Lake High School and NIACC.

On August 24, 1974, he married Martha Lovick of Fertile, Iowa and they were married 46 years. Bill began his career in law enforcement in 1974 as Town Marshall of Rockford, Iowa. Bill and Martha spent their 1st and 2nd anniversary in the Floyd County Jail! They had been hired as Jailer and Matron and lived in the apartment on the 4th Floor of the Courthouse. In those days it was a 24/7 job.

Bill became a Floyd County Deputy in 1976. He was appointed Sheriff upon the retirement of L.L. Lane and was successfully re-elected. He served as Sheriff from 1992 – 1998.

A long-time dream was to own his own business so they purchased the Nashua Monument Works in Nashua. Later, due to health reasons, the business was sold to Black Hawk Memorial and he moved on to a less physical occupation. He owned and managed Hometown Security for the VeraSun Ethanol Plant (currently Valero) in 4 different states until it's bankruptcy. He then started the McCartney Center with Ann Troge, a weekend program for OWI Treatment/school. Soon Bill was looking for daytime hours and was employed at Mercy Medical Center in Mason City as a Security Officer. Unfortunately, a stroke forced him in to permanent retirement.

Bill was a giving and compassionate man, always ready to help anyone in need and a friend to all. He made his famous "family recipe" chocolate chip cookies that he took everywhere.

He was instrumental in the start-up of Parents United and FOCUS Group; belonged to Messiah Lutheran Church, serving on Church Council and teaching Sunday School; a member of Charles City Cares, helping with the Bicycle Rodeo, America's Night Out, and the Free Thanksgiving Dinner. He loved to make people smile, enjoyed the beauty of living on the Cedar River, fishing and watching the eagles in their nests.

He adored his grandchildren and was always willing to find an adventure for them to enjoy. If you asked him for a favor his answer was always "I'd love to." He loved fast cars and pickup trucks and rock and roll music.

He was preceded in death by his parents Kay Maring and Thomas Cavanaugh, a brother Robert Cavanaugh, Grandparents and many Aunts and Uncles.

In lieu of flowers, memorials may be given to the Messiah Food Box in Charles City. Visit iowacremation.com to leave condolences for the family.

To plant trees in memory, please visit our Sympathy Store.
Published by Globe Gazette on Nov. 22, 2020.
MEMORIAL EVENTS
Nov
28
Visitation
10:00a.m. - 2:00p.m.
Messiah Lutheran Church
Nov
28
Funeral service
2:00p.m.
Messiah Lutheran Church Facebook live
GUEST BOOK
3 Entries
I met Bill as I became a LE, he was straight to the point kind of officer. RIP Billy
chris
November 29, 2020
Bill was a genuine, caring man. I admired his compassion and willingness to help others....especially in times of need. He enjoyed life to the fullest....RIP my friend!
Daniel Klatt
Friend
November 28, 2020
Sympathies to the family. Sorry to hear of his passing. Always have remembered him fondly as sheriff. Had a few interaction & he was so helpful & caring
Carol Schober
November 23, 2020