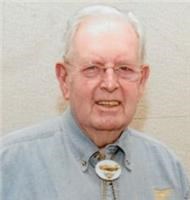 Harry was born on January 23, 1925 in Springfield, Massachusetts. His father died when he was thirteen years old. After three turbulent years, he left school and convinced his mother to falsify his birth certificate so that he could enlist in the Navy at the age of sixteen.

He enlisted on January 28, 1941. This was the beginning of an amazing military career of 30 years. His first combat action came at the Battle of Midway on June 4, 1942 as a member of Torpedo Squadron Eight. Their six TBF-1 Avengers took off from Midway Atoll that morning his plane was the only one of the six planes that survived he was 17 years old. He received his first temporary commission as an Ensign in January 1945 while on his third combat tour. He requested to revert back to Chief Petty Officer so that he could return to flying.

At the beginning of the Korean War he received his second temporary commission as an Ensign. He was then assigned to the Armed Forces Special Weapons Project in Albuquerque, NM where he participated in several atmospheric nuclear weapons tests in the Nevada desert. It was during this time as a Lieutenant that he applied and received a permanent commission as Limited Duty Officer. He had to revert back to the rank of Ensign for a third time.

In 1958 he received orders to NAS Whidbey Island to join the Heavy Attack Squadron 123. He had two deployments to Alaska and then was assigned to the USS Princeton and made three combat tours to Vietnam.

He retired in September 1970 as a Commander after serving 30 years including time during WWII, Korea and Viet Nam. His military decorations include the Distinguished Flying Cross, Purple Heart, Air Medal (three awards), four Presidential Unit Citations and several theater of operations medals and awards.

In 1997 he was honored by being inducted in the Combat Aircrew Roll of Honor at the USS Yorktown Aircraft Carrier Museum. In 1998 his flight crew from the Battle of Midway was inducted into the Confederated Air Forces' American Combat Airman Hall of Fame, and in 2003 he was awarded the Chester Nimitz Award for distinguished service to the U;.S. Navy in World War II.

Following his retirement, Harry was active in local politics as Oak Harbor, WA became his new permanent residence. He was elected to the Oak Harbor School District Board of Directors. He served as the President of the Board for five of the six years that he was on the board. He then served two years on the Island County Planning Commission. In 1981 he was appointed as the Island County Auditor and then was elected and re-elected for a total of three terms.

He was preceded in death by his first wife Christie who died in 1989 they were married for 44 years.

He married his second wife, Evelyn Koetje in 1990, and she died in 2010 they were married for 20 years. He is survived by his two children, Susan Harmon of Spokane and Harry Ferrier, Jr. of Burlington. He has four granddaughters, Carey Weiler; Julie Wasson; Sara Ferrier and Jackie Gibbon; and eight great-grandchildren, Jordan, Ryan, Madison, Jameson, Piper, Charlie, Avanel and Calvin.

The family suggests donations to Heritage Flight Museum, 15053 Crosswind Drive, Burlington, WA 98233. Funeral Service will be held Friday, April 29th at 11:00 am at Burley Funeral Chapel, Oak Harbor, Washington.
To plant trees in memory, please visit our Sympathy Store.
Published by Skagit Valley Herald from Apr. 27 to Apr. 28, 2016.
MEMORIAL EVENTS
No memorial events are currently scheduled.
To offer your sympathy during this difficult time, you can now have memorial trees planted in a National Forest in memory of your loved one.
Funeral services provided by:
Burley Funeral Chapel
GUEST BOOK
15 Entries
What a lucky nation we were to have men like CDR Ferrier and all the other brave aircrew from VT-8 and the other squadrons back then.

Thank you for your service to this nation.
Harry Simpson
May 9, 2016
Today, with a heavy heart, I learned of the passing of CDR Harry H. Ferrier, military leader, and patriot. As a young petty officer, in my first Navy squadron, CDR Ferrier was my mentor, inspiration, and role model. Thanks in large measure to his sterling example, I eventually rose through the enlisted rate structure, to become a commissioned officer. A living legend, he exuded a quiet assurance, and confidence, borne out of the experience of having "been there, and done that." It has been a privilege to have stood in his shadow Our great nation owes a debt of gratitude to the contributions of this true American hero. Deepest condolences, to the family.

LT Hans Fett, USN, (Ret), Blue Angels, 1984-1986.
Hans Fett
May 9, 2016
If our country were not blessed with brave young men such as Harry in early 1942, we might all be speaking Japanese today. On June 5th 1942, they took off from Midway Island against long odds knowing that they were all we had available. Later, his squadron went to Guadalcanal to operate on short rations with airplanes they were keeping together with parts removed from wrecks. Harry not many people understand what a hero you really are. I salute you sir.
Chuck Berlemann
May 6, 2016
You will be missed Mr. Harry. RIP Sir. May GOD bless your family.
Debra Burnett
May 2, 2016
It was a Great Honor having Harry be apart of my Navy Retirement ceremony and to have you sign my CPO Charge book. I enjoyed the time spent with you at Regency. AT EASE COMMANDER.... YOU HAVE BEEN RELIEVED! You will be greatly missed!
Jason Miller
May 1, 2016
One last time to say "Thank you for your service" to Harry, one of America's finest patriots. But my personal favorite memory of Harry was the afternoon he came to Oak Harbor Methodist Church when our handbell choir held a Christmas "Chime In" to teach people how to ring our chimes. He was always young in heart and eager to try something new.
Anita Dragoo
April 29, 2016
Like i always told you, Commander... You are my hero! It was an honor to have known you and to have cared for you. You battle no longer, Sir! Rest in Peace! My thoughts and prayers to Susan and Harry Jr. and the entire Ferrier family.
Loreen Cadero
April 29, 2016
I was Supt. of OH Schools while Harry was on the Board. It was a pleasure working with him! Patrick Hayden
April 29, 2016
As a caregiver, I was privileged to serve Commander Ferrier. He was an absolute joy to be around and will always be one of my favorite heroes. Rest now, you've earned it. Prayers and thought to your many friends and family.
Em Sheerer
April 29, 2016
To Harry Jr. and the rest of the Ferrier family. Our thoughts and prayers go out to you and your family members. What a great man and it was special to get to meet and talk with him in the past. We will always remember him and the sacrifices he made for our country.
Alex & Sandy Moody
April 28, 2016
BLESSINGS TO THE FAMILY, HARRY JR >