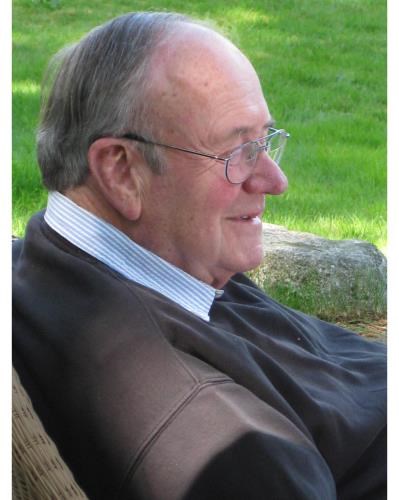 BORN
1928
DIED
2021
FUNERAL HOME
Evans Funeral Chapel - Anacortes
1105 32nd Street
Anacortes, WA
Anacortes - Philip Trafton McCracken of Guemes Island, beloved husband, father, grandfather, and father-in-law, inspiration and mentor to many who believe in the sacred nature of this beautiful earth, passed away peacefully after a long illness on June 6, 2021. He was 92. A scion of early Anacortes families deeply connected to Skagit Valley's history and lore, he was the son and grandson of gold miners, saloon keepers, and city leaders. He was born in Bellingham on November 14, 1928, the third and youngest child of Maude Isabelle Trafton and William Franklin McCracken. His father was a prominent Anacortes businessman and state legislator (1929-33) who successfully lobbied to build Deception Pass Bridge.

As a child, Philip was immersed in the bounty and mystery of the natural world. Hunting, fishing, exploring the islands and the Skagit River, he found great joy in the outdoors and loved nothing so well as his solo adventures with a faithful dog and no timeline by which to return. Philip graduated Anacortes High School in 1947 and entered the University of Washington that fall, intent on receiving a law degree as his parents desired. When the Korean War broke out in 1950, he joined the Army and was stationed in El Paso. After his discharge, he returned to the University of Washington on the GI Bill, but this time to pursue his own dream of an art degree. While at university, he met and was highly influenced by French potter Paul Bonifas as well as fellow Northwest artists Morris Graves, Mark Tobey, and other practitioners of what is called the Northwest School of Art, an approach that married Asian philosophy about subject and perspective with a focus on the particular quality of light and presence of nature in the Pacific Northwest. Philip received the School of Art Prize upon graduation in 1954.

Looking to further his studies, he wrote to sculptor Henry Moore with a request to be taken on as a studio apprentice. Moore agreed, and the young art student set sail for England, a journey toward his future and, unexpectedly, toward an encounter with another dreamer who would change his life. On the ship was another young American, Anne MacFetridge, a graduate of Mount Holyoke who was traveling to London to study 18th century art. They fell in love during the days at sea, and on August 14, 1954, the couple was wed in the Norman church at Much Hadham.

After returning from England, the young couple spent time on the East Coast, but a career in New York was never a question. Instead, the special beauty of the islands called, and by 1955 the couple had moved to the McCracken family's Guemes Island cottage, a tiny cabin on the beach where they raised three sons, Timothy, Robert and Daniel. These were lean years, supplemented by Anne's teaching career at Anacortes High School and Philip's work as a commercial fisherman as well as a reliance on hunting, fishing and gardening to feed the growing family. These years also brought a perpetual stream of extraordinary visitors to their door, with poets, writers, artists, photographers, actors and musicians mixing freely with islanders, children, and family pets of astonishing variety, from a rescued Great Horned Owl to a Great Blue Heron who visited for 19 years. Guemes gave Philip a sanctuary for his work, the gift of nature, a home for his family, and the blessings of a community of friends.

In time, Philip's career vaulted him to national and international fame, with exhibitions at the Willard Gallery (NY), Kennedy Galleries (NY), Whitney Museum of American Art, Art Institute of Chicago, and Seattle Art Museum. His work is found in public installations across the country and in many private collections. He received the Governor's Award for Washington State Artist of the Year (1964) and the Washington State Governor's Arts and Heritage Award (1994) among many other honors. He was the subject of many reviews, essays, poems, an American Masters documentary, and two books devoted to his work.

Philip drew lifelong inspiration from his favorite writer-philosopher, Henry David Thoreau, whose directives to "improve the nick of time" and to consider "not what you look at, but what you see" grounded the artist's natural industry and devotion to the patient materials of wood and stone. His visual and philosophic explorations included periods of intense engagement with themes of war, humanity's imprint on nature, astrophysics, the mysterious presence of birds and animals, and the explosive energies hidden in the plant world. When asked to name his favorite of his own work, he always answered with a twinkle, "The next one."

Though most will remember Philip primarily as the renowned artist he was, his family and close family friends will hold the memory of a complicated but dearly loved man who adored family gatherings, took a childlike pleasure in small moments, never aged out of playing animals with young children, loved dreamy whimsy and strange little objects as much as he loved esoteric ideas and theoretical paradigms, relished telling humorous stories about the past, had a distinctively wry smile and a memorable high pealing laugh, his head thrown back in glee, and who loved us all very deeply as we loved him. "I try to keep track of people. And time," he told us near the end of his life. We will miss him always.

Philip is survived by Anne, his wife of 67 years; his sons Timothy, Robert and Daniel; his daughters-in-law Mardy and Keiko; his grandchildren Kate, Maeve, Will, Blake, Sophia, and Ian; a nephew, Jon McCracken; and many friends.

Arrangements are in care of Evans Funeral Home. In lieu of flowers, memorials may be sent to Skagit Land Trust. A celebration of Philip's life will be held on August 14, 2021, at the Guemes Island Community Center, with an open house hosted by Tim and Gail Bruce at Philip's former studio following the celebration. Please contact [email protected] for more details and to RSVP to the event.

To share memories of Philip please visit www.evanschapel.com/obituary/philip-mccracken
Published by Anacortes American from Jul. 18 to Jul. 22, 2021.
To plant trees in memory, please visit the Sympathy Store.
MEMORIAL EVENTS
Aug
14
Celebration of Life
Guemes Island Community Center
WA
Funeral services provided by:
Evans Funeral Chapel - Anacortes
MAKE A DONATION
MEMORIES & CONDOLENCES
1 Entry
At Tom Jay's Riverdog foundry, I did mold making, gating, and investing of some of Philip McCracken's pieces, an intimate relationship with a few of his precious sculptures. It was an honor to do this work. Though I never met the man in person, I too will certainly miss him.
Mark Twain Stevenson
Work
August 7, 2021
Showing 1 - 1 of 1 results