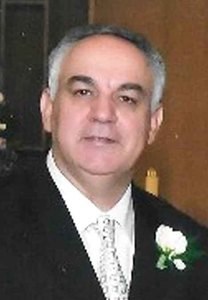 Joe was born to Giuseppe and Luisa (Lina) Buffa in Carini, a seaside town on the northwest coast of Sicily, Italy. With the Mediterranean Sea, and the rocky Sicilian hills as his backyard Joe grew up helping his mother and father make a living at their grocery store. He was their right-hand man at a very young age, collecting and carrying deliveries, harvesting and buying produce, catching fish, cooking and running errands to support the family and the business.

At 18, Joe served in the Italian Navy. During his service he delivered water to the many remote islands off the Sicilian Coast. He also began his culinary career as the only cadet permitted to cook for the captain and his crew. After serving, Joe returned to Sicily to learn culinary arts from a mentor in Palermo. His mentor eventually called him to Venice where his culinary career took him to the Excelsior, a world famous five star hotel frequented by celebrities and dignitaries from Italy and abroad.

Ever loyal to his family, when his brother came to the United States to stay, Joe followed after to keep the teenaged Gaetano out of trouble. Here in the United States Joe and Gaetano began working in their uncle's restaurants. It was this family that introduced him to founders of Anna's Pizza and ultimately his wife, Anna. After their marriage, they ran their own pizza places in Danville, Virginia and Fayetteville, North Carolina. Eventually Joe and his family settled in West Point, Virginia to open their very own Anna's Pizza. Many years later, Joe sold the business to his brother Gaetano, and opened a small version of Anna's Pizza in Saluda where he worked until he fell ill in September 2020.

Joe was a loving, passionate, hardworking man. But more than anything, he was a FAMILY MAN. Beloved by all for his generosity and kindness Joe was always eager to help and even more willing to forgive. Joe was a devout Catholic, a parishioner of Our Lady of the Blessed Sacrament, in West Point, Virginia and an active member of the Knights of Columbus. He could often be found cooking and serving food for the fundraisers hosted by the church and the Knights. He was in his element there, doing God's work, helping those in need, and surrounded by a community who loved him. When he wasn't cooking for the community he was cooking for his family. Often leaving a mountain of cookware to be cleaned after the meal. No matter how messy the kitchen was after his visit the meal was worth it every time. Meal time was family time that he treasured.

Joe and Gaetano fell ill with COVID-19 in September, 2020. Complications left them both fighting the illness for nearly two more months. Gaetano found his eternal rest October 29, 2020 and on November 10, 2020 Joe followed after.

A walk-through visitation will be held 4 to 8 p.m. on Sunday, November 15, 2020, at Vincent Funeral Home, 417 11th St., West Point, Va. A funeral mass will be held at 11 a.m. on Monday, November 16, 2020, at Our Lady of the Blessed Sacrament Catholic Church, 3570 King William Ave., West Point, Va. Interment will take place in Parklawn-Wood Memorial Park, 2551 N. Armistead Avenue, Hampton, Va. Due to Covid-19, please observe all necessary precautions when attending services.

In lieu of flowers, contributions in Joe's memory can be made to the American Lung Association, www.lung.org. Tributes may be posted at www.vincentfh.com.
To plant trees in memory, please visit our Sympathy Store.
Published by Danville and Rockingham County on Nov. 14, 2020.
MEMORIAL EVENTS
Nov
15
Visitation
4:00p.m. - 8:00p.m.
Vincent Funeral Home
417 11th Street P.O. Box 191, West Point, VA 23181
Nov
16
Funeral Mass
11:00a.m.
Our Lady of the Blessed Sacrament Catholic Church
3570 King William Ave., West Point, Virginia
Funeral services provided by:
Vincent Funeral Home
GUEST BOOK
7 Entries
I am just very said to here this news about Joe and Gaetano give my Love to Mimma
Jim Hughes
November 19, 2020
So sorry for the loss of your Brother's Joe and Gaetano
Pamela Powell
November 16, 2020
I´m sorry for your loss
Rosa
November 16, 2020
Joe was our friend and every day I count that as our blessing. Truly a wonderful human being and our condolences to Anna and children.
Bill Farinholt
November 15, 2020
Mimma, we're praying for you and your family, especially for your mom. Much love, Debbie & Clarke
Clarke Martin
November 14, 2020
My condolences to the Buffa family. Joe was a good, kind-hearted and humble person. He will be missed by many.
Larry Moore
November 14, 2020
To MIchael and family, it´s with great sadness i write this. I´m so sorry for your lost. Joe was a very nice man,hired both of my sons and taught them both so much about italian cooking.We will never forget him for his kindness.
brenda hofmann
November 14, 2020