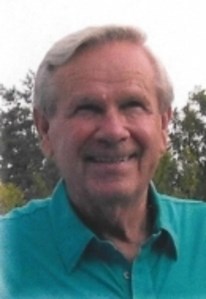 Berkeley Marvin Keck Sr. of Yanceyville, N.C., passed away on Saturday, September 10, 2021. Born on September 11, 1929 he was the son of the late Harold and Juliette Keck. He is survived by his wife, Evangeline Elliott Keck (Van); two sons, Berkeley M. Keck Jr. (Marty) and wife, Stephanie of Richmond, Va. and Harold Thomas Keck (Tom) and wife, Wendy of Providence, N.C.; sister, Susan Keck Turner of Richmond, Va.; and three grandsons, Phillip, Christopher, and Eric. He was preceded in death by a grandson, Jonathan Elliott Keck; two brothers, Harold and Jules Keck; and sister, Betty Waldron.

Berkeley was a combat veteran of the Korean War and was a member of Mount Vernon United Methodist Church. He enjoyed a successful career in sales. He was a master builder and could fix almost anything. In retirement he most enjoyed spending time with family and friends at the home he built on his and Van's beautiful land in Caswell County.

A private service will be held a later date. The family requests memorials may be sent to Providence Volunteer Fire and Rescue, 6655 Old NC Highway 86 N, Providence, NC, 27315 or a charity of your choice.

Townes Funeral Home and Crematory, 215 West Main Street, is serving the Keck family. Online condolences can be made at www.townesfuneralhome.com

Published by Danville and Rockingham County on Sep. 14, 2021.
To plant trees in memory, please visit the Sympathy Store.
MEMORIAL EVENTS
To offer your sympathy during this difficult time, you can now have memorial trees planted in a National Forest in memory of your loved one.
Funeral services provided by:
Townes Funeral Home & Crematory
MAKE A DONATION
Please consider a donation as requested by the family.
MEMORIES & CONDOLENCES
Sponsored by Townes Funeral Home & Crematory.
2 Entries
Dear Van & Family, Berk´s passing is sad news. I think of his sly grin as he adds a comment to another joke and I miss his humor. I think if his wisdom and skill as he was often able to steer me in the right direction as to the repair of whatever went broken. I wish I could build a play house for my kids like he did for his! May all these memories of Berk´s finest qualities comfort you and remind you to share them as he did. You are all in my thoughts and prayers. Lovingly, DeEtta Garnette Breitwieser
DeEtta G Breitwieser
Family
September 21, 2021
My dearest Mrs. Keck, Mr. Marty and Mrs. Stephanie Keck and family members; I am so terribly sad with the news of Mr. Keck's passing. Mr. Keck and my dad, Bill Carter worked together many years at Pittsylvania Hardware. You Mrs. Keck were my beloved instructor in LPN School and You, Mr. Marty and Stephanie Keck ,were my instructors in RN School. I owe you all so much. I wish I could return an "inth" degree of what you have given to me back to you in comfort at this sad, sad time. Mr. Keck was a fine gentleman. My dad thought the world of him and always had the highest regard for him. I pray the Lord's arms of comfort will enfold you and help you through these following days, weeks and months ahead. May God bless you each and every one.
Billie Carter (Yeatts) Wyatt
Other
September 14, 2021
Showing 1 - 2 of 2 results