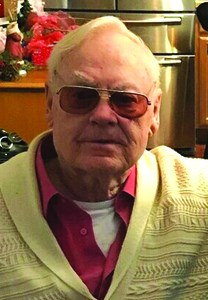 Gene was born on December 28, 1937, in Danville, Virginia, to the late Cosby and Lena Shreve. He graduated from G.W. High School in Danville. Gene was the Store Manager for an H&M Shoe Store in Charlottesville for over 30 years. He enjoyed UVA Football and liked gardening. In addition to his parents, Gene was preceded in death by his son, Brian Eugene Shreve, and his brother, Elton Shreve.

In lieu of flowers, the family would appreciate memorial contributions be made to Autumn Care of Madison.

Published by Danville and Rockingham County on Sep. 5, 2021.
To plant trees in memory, please visit the Sympathy Store.
MEMORIAL EVENTS
Sep
7
Memorial service
3:00p.m.
First Baptist Church
735 Park Street, Charlottesville, VA
Funeral services provided by:
Teague Funeral Home
MAKE A DONATION
MEMORIES & CONDOLENCES
Sponsored by Teague Funeral Home.
3 Entries
Gene and Shirley lived across the street from us on Belleview Avenue and were the best neighbors. Gene always had a smile on his face and only nice things to say. I know Shirley and the rest of Gene's family will miss him dearly. You all are in our thoughts and prayers.
Donna Morris and Lori Hanger
Friend
September 13, 2021
I worked with Gene at H and M Shoes in 1971, 50 years ago. He was a kind and friendly man with a wry sense of humor. My best wishes and condolences to his family.
Z L. Klein
Work
September 5, 2021
Sincerest condolences for your loss. May precious memories of your dear loved one, along with encouraging words such as those found at John 11: 25,26 be of comfort to your family.
Cherry
September 2, 2021
Showing 1 - 3 of 3 results