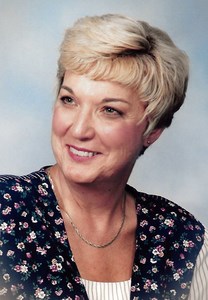 Faye Martin Wells, 77, passed away at her home on Saturday morning, June 12, 2021, after a decline in health for the past four years.

She was born in Danville, Va. on August 21, 1943, a daughter of the late Charlie Jackson Martin and Martha Lou Mize Martin

Faye was a graduate of George Washington High School and was a member of the former Schoolfield United Methodist Church.

She was employed for brief time at Dan River, Inc. and later at Southland Life Insurance Company and then with Commonwealth Attorney's office.

On June 17, 1961, she married Jackie "Jack" Dale Wells who survives. In addition to her parents, she was predeceased by a son, Michael Wells.

Faye is survived by her husband, Jack; a son, Dale Wells; and a daughter, Deborah Wells Strange; four grandchildren; and two great-grandchildren.

A private graveside service will be held in Mountain View Cemetery.

To plant trees in memory, please visit our Sympathy Store.
Published by Danville and Rockingham County on Jun. 13, 2021.
MEMORIAL EVENTS
No memorial events are currently scheduled.
To offer your sympathy during this difficult time, you can now have memorial trees planted in a National Forest in memory of your loved one.
Funeral services provided by:
Townes Funeral Home & Crematory
MAKE A DONATION
MEMORIES & CONDOLENCES
Sponsored by Townes Funeral Home & Crematory.
7 Entries
Jack, Deborah and Dale we're so sorry to hear about Faye she's been through a lot but I know she's in a better place and no more suffering.
Linda and Jimmy Payne
Friend
June 14, 2021
So sorry for your loss, Faye was a sweet lady and I was so glad she was my friend.
Brenda Crawford
Friend
June 14, 2021
May God bless you and your family in this time of sorrow.
pauline bruce
Other
June 14, 2021
I am an old friend of Deborah's and am so sorry for your loss.
Cynthia Britton
Friend
June 14, 2021
Prayers of peace and comfort from the Creech family. We all loved Faye.
Sandy Wright
June 14, 2021
I am saddened to hear the news of Faye's passing. She was a friend for many years. We laughed and cried together sitting around her kitchen. She loved the LORD and her family very much. I pray the family will hold close to one another and feel God's comforting love shared by friends who knew her well and friends who cherish her memory from far away. Shalom Jack, Deborah, Dale, and her grandkids and great grandkids.
Sandy Wright
June 14, 2021
Condolences
Marie
June 13, 2021
Showing 1 - 7 of 7 results