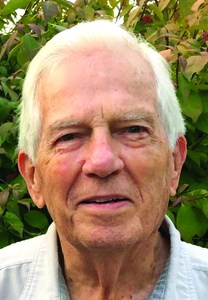 Fred was a devoted member of Mount Vernon United Methodist Church and served as an usher for many years. An Army veteran, he served in the Military Police during the Korean War. He was a graduate of Schoolfield High School, received an Associate Degree in Police Science from Danville Community College and a Bachelor of Science Degree in Criminal Justice from Averett College. He was also a graduate of the Louisiana State University Law Enforcement Institute in Baton Rouge.

Employed by the Danville Police Department, Fred retired in 1987 as a lieutenant after thirty-five years of service. In 1988, he was awarded Policeman of the Year by the Dan River American Legion Post No. 1097. He also served on the Danville Life Saving Crew and was a former president of the Exchange Club and the Fraternal Order of Police.

Fred was a talented basket weaver and, along with his wife, made and sold his baskets and their crafts as Country Accents. Over the years, he shared his life with many beloved pets and enjoyed training the family's dogs. He fiercely loved his family and was an avid reader and gardener. Fred had a penchant for a good joke and always had a twinkle in his eyes.

A memorial service will be held at Mount Vernon United Methodist Church on Saturday, December 11, 2021, at 2 p.m. with Jae Cho officiating. The family will receive friends in the church parlor from 1 until 2 p.m. A private interment will be held at Mountain View Cemetery following the service. Masks and social distancing are required.

Townes Funeral Home is serving the Duncan family. Online condolences may be made at www.townesfuneralhome.com.

Published by Danville and Rockingham County on Dec. 5, 2021.
To plant trees in memory, please visit the Sympathy Store.
MEMORIAL EVENTS
Dec
11
Visitation
1:00p.m. - 2:00p.m.
Mount Vernon United Methodist Church
VA
Dec
11
Memorial service
2:00p.m.
Mount Vernon United Methodist Church
VA
Funeral services provided by:
Townes Funeral Home & Crematory
MAKE A DONATION
MEMORIES & CONDOLENCES
Sponsored by Townes Funeral Home & Crematory.
6 Entries
You had a good run "White Cloud". Proud to have served with you in the Crew and at PD. Rest in Peace my friend.
Tim Basden
December 22, 2021
Judy Robertson
December 11, 2021
Shirley and family, I send my love and sympathy to each of you. May God guide and protect you as you grieve.
Judy Robertson
December 11, 2021
Fred was a member of the Danville Lifesaving Crew while I was. A fine man by all measure. Heartfelt condolences to his family and many friends.
Jeff Rodgers
Other
December 6, 2021
Shirley, the Duncan family has always been a special part of the Farthing family memories and our Mt Vernon memories. Sending love and prayers.
Donna Farthing Jones
Other
December 5, 2021
As the days and weeks pass, and as you return to life's routine, may you continue to feel comforted by the love and support of family and friends. Please take comfort in the words found at 2nd Thessalonians 2: 16,17.
DT
December 2, 2021
Showing 1 - 6 of 6 results