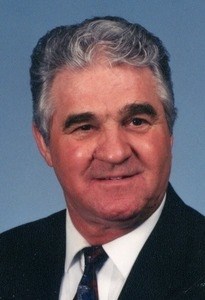 Guy Rice Nuckles Jr., 84, of 400 Slayton Road, Sutherlin, Va. went to his heavenly home on Saturday, September 4, 2021 after being in declining health for the past few months, but he is now at peace in the presence of the Lord.

Guy was born in Amherst County, Va. on May 21, 1937, a son of the late Guy Rice Nuckles Sr. and Margaret Staton Nuckles. He spent most of his life in the Sutherlin community where he owned and operated Guy Nuckles Electric and Plumbing. He was a graduate of Dan River High School and he proudly served his country in the United States Air Force for over nine years. He was a member of Laurel Grove Baptist Church, where he was a deacon, Sunday school teacher and a member of the choir. He was also the groundskeeper at the church for 17 years.

Guy lived a loving life with his family, his church and with his community.

On August 2, 1959 he married Arlene Taylor, who survives of the residence. They were married for 62 years.

He was predeceased by his parents; brother, Bobby Nuckles; sisters, Mary Parsons and Ann Ferguson (Roy); and niece, Stephanie Ferguson.

Funeral services will be conducted on Wednesday, September 8, 2021 at 3 p.m. at Laurel Grove Baptist Church with the Reverend Carl Burger officiating. Interment will follow in the church cemetery with military honors by the United States Air Force and the American Legion Dan River Post 1097.

Published by Danville and Rockingham County on Sep. 8, 2021.
To plant trees in memory, please visit the Sympathy Store.
MEMORIAL EVENTS
Sep
8
Funeral service
3:00p.m.
Laurel Grove Baptist Church
VA
Funeral services provided by:
Wrenn-Yeatts Funeral Homes - North Main Chapel
MAKE A DONATION
Please consider a donation as requested by the family.
MEMORIES & CONDOLENCES
Sponsored by Wrenn-Yeatts Funeral Homes - North Main Chapel.
2 Entries
Sending my prayers and thoughts to all of you at this time.
Paula Vaden Barker
September 9, 2021
May your memories of the wonderful times you shared with your loved one comfort you and your family, today and always.
American Heart Association
September 8, 2021
Showing 1 - 2 of 2 results