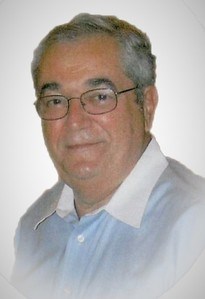 He was born on April 20, 1943 in Danville, Virginia to the late Thomas A. Kolendrianos and Maxine Kirios Kolendrianos. As the son of a Greek immigrant father and Greek mother, Harry was extremely proud of his heritage and culture.

Harry graduated from George Washington High School in 1961. He then attended Virginia Tech where he earned his B.S. and M.S. in Business Administration, his certificate of advanced graduate study and his Doctorate in Community College Education. His career included teaching Business, Statistics, Business Management and Economics at Danville Community College for 43 years as well as adjunct teaching at Averett University and Stratford College.

Harry's love for the community of Danville was evident through his endless volunteer work. He served on various committees for the YWCA, United Way Fund, Danville Regional Medical Center, YMCA, Danville-Pittsylvania Chamber of Commerce, Hughes Home, American Red Cross, and Danville Public Schools. He participated in the Danville Historical Society, Danville Development Council, Danville Community Foundation, American Heart Association, the Danville Bicentennial Committee, and the Improved Order of Red Men. He was a 52 year member of the Kiwanis Club and served as Vice President and President. Harry's devoted service to his beloved hometown of Danville earned him the Kiwanis Citizenship Award in 2012. He was awarded the Chamber of Commerce Outstanding Educator Award in 1998, the Danville Community College Outstanding Faculty Award, and the Governor's Award for Volunteering Excellence in 1991. He served on the Board of Directors for Virginia Bank and Trust for 47 years, serving as Chairman for 26 of those years.

Harry was a dedicated member of St. Peter's Greek Orthodox Church, holding the positions of Treasurer, Vice President, and President, as well as the founder of the popular Greek Food Fest. He was given the highest layman honor of Archon in the Orthodox Church, which was bestowed by Patriarch Bartholomew of Istanbul. Archons demonstrate outstanding service to the church and are well-respected leaders of the Orthodox community.

Harry was an avid New York Yankees fan and enjoyed many trips to Yankee Spring Training in Florida and to Yankee Stadium in New York. He was also a lifelong Hokie fan and supporter of Virginia Tech. He made many friends through his memberships in the Danville Sports Club, the German Club of Danville and the Danville Golf Club.

Harry is survived by his wife of 50 years, Carol, and daughters Elizabeth Kolendrianos of Roanoke, Va. and Stacy Mitchell (Chad) of Crozet, Va. In addition, he is survived by his brother Dr. Ernest Kolendrianos (Andriana) of Santa Barbara, Calif. Harry leaves behind five grandchildren, Nicholas, Anna, and Christopher Gentiluomo of Roanoke, Va. and William and Michael Mitchell of Crozet, Va.

A special thank you to Dr. Sydney Harris and Dr. Benjamin Lipham for their outstanding medical care. The family also thanks the countless nurses at SOVAH Health who diligently tended to his every need. They are forever grateful to the staff of Roman Eagle Rehab One and South Terrace for their kind-hearted and compassionate support and care during this difficult journey. The family is incredibly grateful for the dedication and support of Harry's in-home caregivers who provided both care and friendship.

A prayer service and visitation will be held on Friday, September 17, 2021 at 7 p.m. at Townes Funeral Home, 215 West Main Street, Danville, Va.

In lieu of flowers, the family requests memorial donations to St. Peter's Greek Orthodox Church, the Dr. Harry Kolendrianos Scholarship at Danville Community College, or a charity of your choice.

Townes Funeral Home is serving the Kolendrianos family. Online condolences may be made at www.townesfuneralhome.com.

Published by Danville and Rockingham County from Sep. 15 to Sep. 16, 2021.
To plant trees in memory, please visit the Sympathy Store.
MEMORIAL EVENTS
Sep
17
Visitation
7:00p.m.
Townes Funeral Home & Crematory
215 West Main Street, Danville, VA
Sep
18
Funeral service
11:30a.m.
St. Peter's Greek Orthodox Church
116 Jefferson Avenue, Danville, VA
Sep
18
Interment
Mountain View Cemetery
VA
Funeral services provided by:
Townes Funeral Home & Crematory
MAKE A DONATION
Please consider a donation as requested by the family.
MEMORIES & CONDOLENCES
Sponsored by Townes Funeral Home & Crematory.
15 Entries
Dr. K. was a great man, and educator. He made an impact on everyone he met.
KEITH DABBS
September 23, 2021
My deepest condolences on your loss. I remember him well from Danville Community College. He was an exceptional person and touched many lives.
Kathy Sahale
School
September 19, 2021
Carol, Elizabeth, & Stacy and family, I know your hearts are laden by the loss of such an outstanding guy - what can anyone say that would bring comfort - only fond memories and stories that should become a tv series. Smiles will appear through tears and what a glad reunion when all of God's children meet in heaven. Find strength in the days ahead and beyond. In sympathy..
Charlie Adams, II
Work
September 16, 2021
Mrs. Kolendrianos, My deepest sympathy to you and your family. I pray that the fond memories carry you through the difficult days ahead!! With all my love...
Stephanie Henderson
Other
September 15, 2021
Mrs. Kolendrianos, I am so sorry for your loss. You and your family are in my prayers.
Ron Moss
September 15, 2021
Sending my deepest sympathy and prayers to the Kolendrianos family. We met in 1957 as we began our high school years at GWHS. To be a friend of Harry´s meant you would always be a friend. He was such a likable person and treated everyone with respect. That special characteristic carried over to his students as he taught so many years at DCC, Averett and Stratford. It is a great loss for his family, friends and community. May God bless you and give you peace.
Linda Beale Porter
September 15, 2021
So sadden tomorrow hear if Harry´s passing. I enjoyed grow up next door to he and his awesome family. He was a spunky kid that loved hamburgers with mint; many times he´d come outside with one in each hand. RIP Ole friend , I have lots of cherished memories that put a smile on my face
Cynthia Furgurson
September 15, 2021
Our deepest sympathy to the family. Harry was always a pleasure to be around joking or just giving the facts. He will sadly be missed. Sincere prayers for the family.
Vicki&Greg Maurakis
Friend
September 15, 2021
I was so saddened to learn of Harry´s passing. I knew him years ago when I worked for the City of Danville. We were on several committees together and he talked me into becoming an Adjunct Instructor at DCC! He was such a charismatic and passionate man who wanted to make a difference in people´s lives. And he certainly did impact more lives than he knew. He will be greatly missed.
Debbie Hazelwood Tuggle
Work
September 15, 2021
May your memories of the wonderful times you shared with your loved one comfort you and your family, today and always.
American Heart Association
September 15, 2021
So sorry to read this today. Dr. K was one of my favorite professors at DCC. He was an early morning class for me and always kept everyone´s attention. After leaving college I would often see his name in the paper for this or that. How could one man juggle so much? A truly memorable man.
Michael Moore
September 15, 2021
Please accept my sincere condolences for the loss of your loved one. I was privileged to have him as a professor for economics during my DCC days. He made what was a difficult subject for me much easier to comprehend. And has ready smile always brightened your day! His Greek heritage was such an ingrained part of him that sharing bits and pieces were natural. He is the reason I know what a heavenly treat baklava is!
Kitty Adkins
School
September 15, 2021
I remember Harry from School, he was a very delightful person, friendly person to know.He will sure be missed.
Lloyd Stanton
School
September 15, 2021
Harry was a friend to everyone-all of our students, faculty, staff, and administrators at Danville Community College loved him. He will truly be missed.
Nancy Taylor Reynolds
Work
September 14, 2021
I'm so sad to read of Dr.K's passing!!! I was his student at DCC back in 92-93. Being an older student, I was very scared. However, he made me feel as important as the younger students. His live for teaching was s evident, as well as his love for his beautiful family!!! My sympathies to all!! His students will never forget him!!!
Barbara Guill
September 14, 2021
Showing 1 - 15 of 15 results