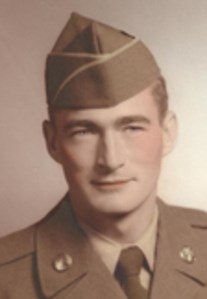 He was born on August 2, 1930, in Pittsylvania County, the son of the late Lonnie Gibson and the late Nellie Mahan Gibson.

He is survived by his wife of 67 years, Catherine Towler Gibson.

Graveside services will be conducted at Greenpond Baptist Church Cemetery on Saturday October 24, 2020, at 2 p.m., the Rev. Steven Gibson and the Rev. Steve Zimmerman officiating.

The family will receive friends at the residence, 6876 Anderson Mill Rd. Chatham, Va.

The family requests that in lieu of flowers, memorial contributions be made to the Greenpond Baptist Church Sign Fund, 7120 Anderson Mill Rd. Chatham, Va., 24531.