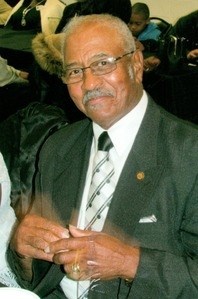 James Earl Wiles of Gretna, Virginia, passed away on Sunday, September 5, 2021, at the age of 79. He was born on July 2, 1942, to the late Ola Mae Pounds and the late Isaac Pritchett in West Virginia. He was also predeceased by his adopted parents, Douglas and Clara Wiles, and by his first wife, Margie Mayo Wiles. He is survived by his second wife, Julia Jones Wiles of the residence.

James was a member of Greater Triumph Missionary Baptist Church where he served as a Deacon and was an active member of Deacon Union of Danville and Vicinity until his failing health. He also worked as a truck driver for Cardinal Freight.

A funeral service will be held at 12 p.m. on Thursday, September 9, 2021, at Norris Funeral Services' Mt Hermon Chapel with the Reverend Jonathon King officiating. A visitation will be held from 6 until 7 p.m. on Wednesday, September 8, 2021, at the same location. Interment will follow at Highland Burial Park.