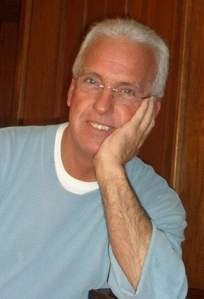 Jerry was born in Bethel, N.C. on September 27, 1952 to the late Vernon R. Manning and Helen G. Manning. He was of the Baptist faith.

Jerry owned and operated Mt. View Nursery and then retired as the vice president of J.W. Squire in 2017. After he retired, Jerry was able to spend his time doing what he loved - working on his farm, taking care of his herd, and helping others.

Jerry leaves behind his two loving children, his daughter, Paige Wilkinson and her husband, Todd, of Dry Fork, Va. and his son, Jerry Ray Manning Jr. and his wife, Blair, of Port Orange, Fla. He is survived by four grandchildren, Susannah and Colt Wilkinson and Cooper and Colin Manning. He is also survived by the love of his life, Annette Manning, her children, Justin Manning and Katie Whitlow and her husband, Daniel, and their children, Emma, Hunter, and Luke Whitlow. Also surviving is the mother of his children, Pamela J. Manning, and a host of aunts and cousins. Jerry will also be missed by Charlie, his beloved dog. He leaves behind an immeasurable amount of friends, near and far, who will miss seeing his kind smile.

A private memorial service will be held. Memorial donations can be made to God's Pit Crew.

Published by Danville and Rockingham County on Sep. 8, 2021.
To plant trees in memory, please visit the Sympathy Store.
MEMORIAL EVENTS
To offer your sympathy during this difficult time, you can now have memorial trees planted in a National Forest in memory of your loved one.
MAKE A DONATION
MEMORIES & CONDOLENCES
6 Entries
Annette & Family, We are so sorry to hear of the passing of Jerry. You will be in our thoughts and prayers.
Mike & Marcia Payne
September 12, 2021
My deepest sympathies and prayers to Jerry's family and friends. He was a most kind and honorable person.
Donna Myers
Friend
September 11, 2021
Jerry was always the most kind and giving person. A Friend to everyone for Life.
Glenn and Dixie Reynolds
Friend
September 9, 2021
Rest easy old friend.
Tim Basden
School
September 8, 2021
Annette, I'm so sorry to hear about Jerry's passing. May god's peace surround you and your family during this difficult time.
Michael E Boswell
School
September 8, 2021
RIP Jerry
John Bailey
September 7, 2021
Showing 1 - 6 of 6 results