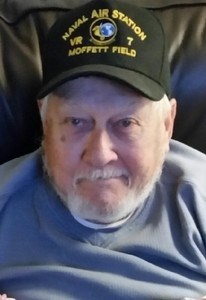 It is with profound sorrow that we announce the passing of Joel David Ross Sr. on Wednesday, September 15, 2021. While we deeply mourn the loss of our husband, father, brother, grandfather, and great-grandfather, we are comforted in the knowledge that he is now in the presence of his Lord and Savior, Jesus Christ.

It would be futile to describe Joel's life in just these few lines; suffice it to say that he was a friend to all who knew him, a loving husband to his wife, Susan, devoted father to his children, and doting Papa who loved his grandchildren and great-grandchildren more than anything.

Joel was born November 11, 1939, the son of the late Lawrence F. Ross and Bernice S. Ross. He was a veteran of the United States Navy; he was an avid golfer and fan of racing. Joel was a retired mechanic of 30 years at Goodyear Tire and Rubber Company. He was a member of Ferry Road Friends Church and a member of Improved Order of Red Man in Danville, Va. Joel is survived by his wife, Susan, of the residence; sisters, Veronia Barnes (Emery) and Yvonne Clay (Virgil); sons, Joel David Ross Jr. (Linda), Darryl Wayne Ross (Sharon), Donald Steven Ross, and Christopher Dale Ross; along with nine grandchildren and seven great-grandchildren. Joel was predeceased by a brother, Jerry Wayne Ross.

In lieu of flowers the family request donations be made to the Danville Life Saving Crew, 202 Christopher Lane, Danville, VA 24541.

Norris Funeral Services, Inc. and Crematory, West End Chapel, 511 Church Ave. Danville is serving the family. Online condolences may be made at www.norrisfuneral.com.

Published by Danville and Rockingham County on Sep. 17, 2021.
To plant trees in memory, please visit the Sympathy Store.
MEMORIAL EVENTS
Sep
19
Memorial service
2:30p.m.
Norris Funeral Services Inc and Crematory - West End Chapel
511 Church Avenue, Danville, VA
Funeral services provided by:
Norris Funeral Services Inc and Crematory - West End Chapel
MAKE A DONATION
MEMORIES & CONDOLENCES
Sponsored by Norris Funeral Services Inc and Crematory - West End Chapel.
10 Entries
In loving memory of a wonderful person. We will love you and miss you always.
james webb Sterlyn
Family
September 23, 2021
We are very sorry for your family he was a sweet man and very liked person . We will miss him very much .
Lorene and Dennis guill
Friend
September 18, 2021
RIP my friend.
Ralph South
Friend
September 18, 2021
I've shared breakfast at the big table. He was a pleasure to be around and I enjoyed the fellowship.
Larry Morris
September 17, 2021
My dear shipmate and brother Redman-- may you have fair winds, following seas and may God forever hold you of the palm of his hands. You did everyone well and everything good. I'll meet you at the crossroads.
Bob Chenery
Friend
September 17, 2021
May your hearts soon be filled with wonderful memories of joyful times together as you celebrate a life well lived. Love and Prayers to family.
JOANNE ECHOLS
September 17, 2021
I have known Joel through the IORM for the past six years and he was well respected by all the membership for his willing to help anyone and his knowledge of the Order. His presence will be missed greatly. It was my pleasure to attend numerous sporting events and other activities with him in Washington, Baltimore and locally. He was a pleasure to associate with and have as a friend.
Tommy Cannon
September 17, 2021
Will miss Joel´s smile and conversations on trips we took and card games we played. Sympathy to the family.
Rodger Hughes
September 17, 2021
My heartfelt condolences in the loss of your loved one. It was a privilege to hear Mr. Ross speak of his love for the Lord almost every Sunday that I was there.
Kitty Adkins
Other
September 17, 2021
I have known Joel for many years through coaching baseball and through the Redmen. JOEL was a good friend and will be missed by all that knew him. May GOD Bless All the Family at this time and in the future.
Joe Doss
Friend
September 16, 2021
Showing 1 - 10 of 10 results