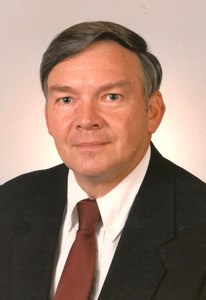 Mr. Kenneth W. Parrish, 85, of Danville, Virginia, went home to his Lord and Savior on Wednesday, January 6, 2021, after a brief illness. He was born on November 13, 1935, in Pittsylvania County, Va., to the late Lucille Ann Burnette and William Lee Parrish. On January 6, 1973, he married Brenda R. Parrish, who passed away on October 6, 2017. Ken was a faithful member of Gatewood Baptist Church in Providence, N.C.

Mr. Parrish was Valedictorian of the Brosville High School Class of 1954 and graduated with honors from Virginia Polytechnic Institute in Blacksburg with a B.S. in Mechanical Engineering in 1958. He was a dedicated Virginia Tech football fan and Hokie Club Member. After working briefly for Dan River, Inc., he was drafted and served in the United States Army from 1958 to 1960. He served in the Corps of Engineers Mine Warfare Branch and was honorably discharged with the rank of SPC4. When he returned from his service he continued to work as an Engineer for Dan River, Inc. and was a dedicated employee for 46 years. He had various roles in Engineering at Dan River including Director of Engineering and Shops & Utilities as well as Director of Engineering for the six southern states where Dan River was in operation in the late eighties.

Mr. Parrish served on the Danville Life Saving Crew Civilian board for eight years, the DCC Electrical-Electronics Committee for many years, and the City Beautification Committee. Ken was nominated and selected as one of the Danville Community College Outstanding Alumni recipients in 2020 for his time spent on campus while attending the VPI-Danville Extension and many accomplishments in life. He was a bowler for 53 years, a U.S.B.C. Hall of Fame Member and in 2006 he and his family purchased Riverside Lanes and restored it to a successful business He was also a life-long golfer and current member of Tuscarora Country Club. In retirement, he became an active member and officer of the Poquoson Tribe 124, Improved Order of Red Men. Ken was a quiet, kind, caring gentleman and loyal friend. He was also a loving husband and father.

A graveside service will be held at Danville Memorial Gardens at 12 p.m. on Monday, January 11, 2021. The Rev. Adrian Moore will be officiating. In adherence with government guidelines in response to the COVID-19 Pandemic, we request that you wear a mask and social distance. Please contact Norris Funeral Services, West End Chapel in Danville if you are interested in viewing the service online.

The family would like to thank everyone who prayed for and supported Ken and the family during his illness.

In lieu of flowers, memorial donations may be made to Gatewood Baptist Church, 182 Gatewood Rd, Providence, NC 27315.

To plant trees in memory, please visit our Sympathy Store.
Published by Danville and Rockingham County from Jan. 9 to Jan. 10, 2021.
MEMORIAL EVENTS
Jan
11
Graveside service
12:00p.m.
Danville Memorial Gardens
Funeral services provided by:
Norris Funeral Services Inc and Crematory - West End Chapel
GUEST BOOK
3 Entries
We are so sorry to hear of Kenneth's passing. I have warm memories of Kenneth and always looked up to him growing up. My mother (Helen Parrish Kutsuris) was always very proud of Kenneth and spoke highly of him. May God bless Kenneth and please accept our heartfelt condolences.
Dennis and Catherine Kutsuris
January 12, 2021
Worked with Ken at Dan River Mills for many years..my condolences to all the family...
Ernest Carter
Coworker
January 9, 2021
With our deepest sympathy. We had the privilege of knowing and working with Ken at Dan River for over 15 years. He was truly an outstanding, caring and dependable friend.
Sharon and Greg Boozer Charlotte NC
January 9, 2021