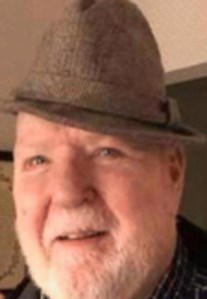 Lester H Wentz Jr., 81 years of age, passed away on Tuesday, June 30, 2020. Husband to the late Bernadette Wentz with whom he celebrated 50 years of marriage prior to her death on May 26, 2018. Les proudly boasted that he knew he would wed Bernadette on their second date. The oldest child of the late Lester H Wentz and Lois Wentz of Danville, Va., he is survived by brothers, Douglas Wentz, husband to Joye Wentz of Jamestown, N.C., and C.L. Wentz of Danville, Va., along with 21 nieces and nephews.

Surviving children are Karen (Wentz) Kramlich, married to Donald Kramlich, and Melinda Kay Wentz, who reside in Sinking Spring, Pa. Devoted grandfather to Bryce Owen, Brooke Amy and Seth Adam Kramlich; one great grandchild, along with beloved dogs, Coco, Lulu, Shakira and Hulk, with whom he would spend countless hours daily offering affection and treats. When not playing Sudoku, catching a Washington Nationals Baseball Game or making weekly excursions to Costco, bridge was his favorite pastime - playing for over a half century. Spending his childhood years in Danville, Va.; he would work in the family grocery store, spend time with his aunts, uncles and cousins making regular trips to the "cabin" where he assisted his father in construction of what was affectionately referred to as "Cedar Crest".

His love for fishing and poker were formed during these beloved weekend trips. Attending Virginia Tech and University of Maryland, he would find a 41-year career with NASA, working on the Apollo and Columbia Missions, along with other countless projects during the height of space exploration. Upon retirement, Les finished his life's project, his own beloved cabin, "Cedar Crest 2 ". His greatest days were spent fishing and relaxing with generations of family past and present. Often referring to his life's project as his legacy to his daughters, son-in-law, Donald, and residing grandchildren.

He would spend his final days at "Cedar Crest 2" and when asked if this was where he wanted to be, he would give his sign of approval with a gregarious two thumbs up.

A gentile giant with an appreciation for the role science plays in our daily lives, he was a man of character quietly living by ten rules and spending his last days expressing how the rules served him well. The family is under the care of Watkins Cooper Lyon Funeral Home, Clarksville, Va. Online condolences may be expressed to the family at www.wclfh.com. Memorial services were held privately due to covid and state restrictions.
To plant trees in memory, please visit our Sympathy Store.
Published by Danville and Rockingham County on Oct. 25, 2020.
MEMORIAL EVENTS
No memorial events are currently scheduled.
To offer your sympathy during this difficult time, you can now have memorial trees planted in a National Forest in memory of your loved one.
Funeral services provided by:
Watkins Cooper Lyon Funeral Home Inc
GUEST BOOK
3 Entries
We would like to send our condolences to Karen and Melinda and the rest of the family. Les and Bernadette were both spectacular people.

Tiffany Fry and Joshua Schrader-Wentz
Tiffany Fry
November 23, 2020
Sending love to Karen, Melinda and the entire family. May his memory be eternal
The Rivera Family
October 25, 2020
Lexie and I again want to extend our condolences to you and your family. Karen, you did such a good job caring for your Dad and Mom the past few years. I met Les (and Bernadette) back in 1965 on the Gemini/Apollo Project at Goddard. He was the NASA interface to my programming group for a time. Our families became close friends when our kids were growing up in Bowie, MD. Although I hadn't seen them much in later years, I still considered them dear friends.
Jon Armao
October 25, 2020