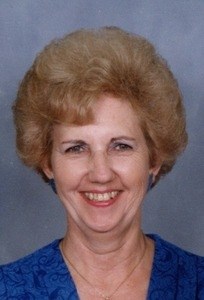 Margaret Brumfield Robertson, 85, of 679 Hanover Pl, Ridgeway, Va., died on Tuesday, September 7, 2021 at her residence after being in declining health for the past seven years.

Mrs. Robertson was born on May 22, 1936 in Pittsylvania County, Va., a daughter of the late Ernest D. Brumfield and Alice Ruth Yeatts Brumfield. She lived most of her life in the Danville area where she was a homemaker. She was a member of Brush Arbor Baptist Church where she had served as past treasurer for eighteen years. She was also a Sunday school teacher for many years. Mrs. Robertson was known for her love of gardening and she also enjoyed bowling.

Funeral services will be conducted on Friday, September 10, 2021 at 11 a.m. at the Wrenn-Yeatts Westover Chapel with the Reverend Jim Curran officiating. Interment will follow the service in Danville Memorial Gardens.

The family will receive friends prior to the service from 10 until 11 a.m. at the funeral home.

Memorial donations can be made to a charity of your choice.