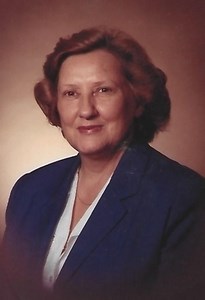 She was born on July 3, 1926 in Danville, Va. a daughter of the late John Hurt Taylor and Pearl Hall Taylor.

Marian worked at Dan River, Inc. for more than 30 years. She was a member of Mount Vernon United Methodist Church.

According to her wishes there will be no funeral service.

Published by Danville and Rockingham County on Sep. 8, 2021.
To plant trees in memory, please visit the Sympathy Store.
MEMORIAL EVENTS
To offer your sympathy during this difficult time, you can now have memorial trees planted in a National Forest in memory of your loved one.
Funeral services provided by:
Townes Funeral Home & Crematory
MAKE A DONATION
MEMORIES & CONDOLENCES
Sponsored by Townes Funeral Home & Crematory.
1 Entry
This is one of the sweetest ladies I know worked with her she was my friend loved her so much . She was kind and compassionate to every one she met. Will be missed.
Janice Johnson
Friend
September 8, 2021
Showing 1 - 1 of 1 results