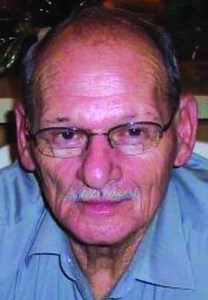 Raymond Lee Allen, 87, Danville, went home to be with his Lord and Savior on Saturday, June 19, 2021. He was born on May 3, 1934, in Brosville, Va., to the late Dewey Lee Allen and the late Levie Ruth White Allen. Raymond was married to Mary Sue Allen who predeceased him on September 2, 2011. They were married for over 50 years.

Mr. Allen was a member of Keeling Baptist Church. He was retired from Lorillard Tobacco and was former owner of Mel's Diner.

In addition to his parents and wife, he was predeceased by two sisters, Pauline Holland and Myrtle Arnn; three brothers, Averett Allen, Everett Allen, and Curtis Allen; and two grandchildren, Lisa Allen and Ronnie Anderson Jr.

A funeral will be held 2 p.m. Tuesday, June 22, 2021, at Norris Funeral Services, West End Chapel, 511 Church Ave., Danville, Va., with Pastor Avery Stevens officiating. A visitation will be held one hour prior to the service. Interment will follow at Floral Hills Memorial Gardens.

In lieu of flowers, memorial donations may be made to Keeling Baptist Church, 1218 Keeling Rd., Keeling, VA 24566.