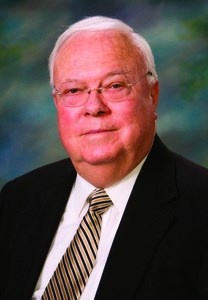 Reginald Francis Boaze, 92, of Danville, went home to be with the Lord on Wednesday, September 1, 2021.

Reggie was born in Danville, Va., on June 4, 1929, a son of the late Lonnie James Boaze and Jennie Scearce Boaze.

Reggie served in the U.S. Air Force and worked for Smith-Douglas, W.S. Clark, Swanson Motors Company, and Wrenn-Yeatts Funeral Homes. He was a member of Roman Eagle and Kent Masonic Lodges, Danville Scottish Rites Bodies, the Improved Order of Redman Poquoson Tribe #124, and was a life member of the Danville Life Saving Crew. He was a member of the former Keen Street Baptist Church.

Reggie had been married to the love of his life Billie Alice Casey Boaze for 70 years who stayed by his side until his home going.

He was also survived by a half-sister, Bobbie Ann Scott.

Although Reggie and Billie had no children of their own, they had throughout the years adopted many children and many close friends who became family.

In lieu of flowers, memorial donations be made to the Danville Life Saving Crew or to God's Pit Crew.

Published by Danville and Rockingham County on Sep. 5, 2021.
To plant trees in memory, please visit the Sympathy Store.
MEMORIAL EVENTS
To offer your sympathy during this difficult time, you can now have memorial trees planted in a National Forest in memory of your loved one.
Funeral services provided by:
Wrenn-Yeatts Funeral Homes - North Main Chapel
MAKE A DONATION
MEMORIES & CONDOLENCES
Sponsored by Wrenn-Yeatts Funeral Homes - North Main Chapel.
5 Entries
My sincere heart felt condolences to you Billie. You have lost your soul mate and I have lost a friend and my Crew brother.
Tim Basden
Friend
September 8, 2021
Dear Billie , I was saddened to learn of Reggie passing . I so much enjoyed the times I spent with him in the Life Saving Crew and at the funeral home . He was always fun to work with and be around . He will be missed by many . B.G. Lewis
B.G. Lewis
September 7, 2021
Dear Billie, Grief can be so hard, but our special memories help us cope. Remembering you and your loss of Reggie today and always.
BOBBY N. WILES and VIRGINIA B. WILES
Friend
September 6, 2021
Billie, I just found out about Reggie's passing. I am so very sorry. Reggie will always be remembered as a sweet, compassionate man that always had a smile on his face. My thoughts and prayers are with you.
Sheila Doss
Other
September 5, 2021
Billie, I am so sad to hear of Reginald´s death. I send love to you from my family. I give thanks to God for wonderful memories we shared many years ago.
Judy Robertson
September 5, 2021
Showing 1 - 5 of 5 results