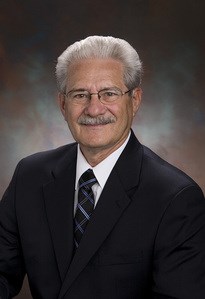 Robert Samuel Rimmer Sr., of Danville, Va., passed away on Saturday, June 12, 2021, at the age of 80, while a patient at Moses Cone Hospital, Greensboro, N.C. He was born on December 8, 1940 to the late Katreen Hudgins Rimmer and the late James Henry Rimmer. He was married to Loretta Ann Slayton Rimmer, who predeceased him on August 13, 2017.

Robert was a member of Shermont Baptist Church and worked in several different management positions during this life. He proudly served in the U.S. Air Force and after his military service he worked for and retired from International Paper, and then, during his retirement years, he was employed by Mary's Diner of Danville. Not one to ever stop working, Robert worked for many years as the office manager for Norris Funeral Services in Danville.

Survivors left to remember the life and legacy that Robert left behind include sons Robert "Bobby" Samuel Rimmer Jr. (Lisa) of Greenville, N.C., Larry W. Weatherford (Brenda) of Ringgold, Va., and Tim Weatherford (Joyce) of Chatham, Va., daughters Audrey Daley (Jim) of Wesley Chapel, Fla., Tanya Willis (David) of Reidsville, N.C. and Stacey Walton (Eric) of Providence, N.C. He also leaves behind two brothers, Keith Rimmer (Bong Suk) of Oahu, Hawaii and Marshall Rimmer (Dorathy) of Glouchester, Va. He loved his 14 grandchildren and 18 great-grandchildren very much. He enjoyed spending time with them and was proud of all of them. Robert also leaves behind numerous aunts, uncles and cousins, and his very special friend and companion, Beverly Cook of Pelham, N.C.

In addition to his wife and parents, Robert was predeceased by a son, Michael Allen Rimmer, two brothers, James and Ronald Rimmer, and a grandson, Brad Sowers.

A funeral service will be held at 2 p.m. on Thursday, June 17, 2021, at Shermont Baptist Church, Danville, with the Rev. Ryan Riley officiating. Interment will follow the service at Danville Memorial Gardens, Danville. Post 1097 will be conducting military rights.

To plant trees in memory, please visit our Sympathy Store.
Published by Danville and Rockingham County on Jun. 15, 2021.
MEMORIAL EVENTS
Jun
16
Visitation
6:00p.m. - 7:30p.m.
Shermont Baptist Church
, VA
Jun
17
Funeral service
2:00p.m.
Shermont Baptist Church, Danville
, VA
Funeral services provided by:
Norris Funeral Services Inc and Crematory - Mount Hermon Chapel
MAKE A DONATION
MEMORIES & CONDOLENCES
Sponsored by Norris Funeral Services Inc and Crematory - Mount Hermon Chapel.
5 Entries
Stacey and Tanya. So sorry to hear your father has passed. He was a very nice man and we know you will miss him. Know you are in our thoughts and prayers.
Paula and Jim Ford
June 17, 2021
I will miss my friend and wonderful neighbor. My heart felt prayers go out to the family. Rest in peace Robert.
Jimmy Hawker
June 16, 2021
To the family, I'm so sorry to hear of Roberts passing. He was a fine gentleman, a good husband to Loretta, a good friend and a God fearing man. In the past years Billy and I use to have lots of fun playing Cornhole and socializing with them at their home. You will be in my thoughts and prayers. Sincerely, Nancy
Nancy Hankins
June 16, 2021
Tanya and family, my deepest sympathies during this very difficult time. Prayers for God's comfort now and in the days to come.
Vivian Jefferson
June 16, 2021
I am so sorry to hear of Robert passing. He was taking care of the insurance pertaining to my wife's passing. He was such a prince of a gentleman. R.I.P. my friend.
Gary Edwards
Work
June 15, 2021
Showing 1 - 5 of 5 results