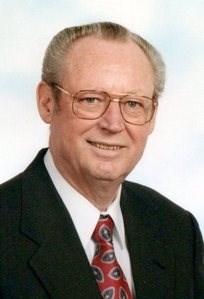 Roy Newton went home to be with his Lord Jesus Christ on September 2, 2021. He was born on July 23, 1933, to the late Lula Mae Wiles Newton and the late John Newton in Clarksville, Virginia. He is survived by his wife, Virginia Pruitt Newton.

Roy was a member of Victory Baptist Church. He was the former Pastor of Temple Baptist Church and Victory Baptist Church, both of Danville, Virginia and Central Baptist Church of Axton, Virginia. In addition to his wife, he is survived by his son, Roger Newton (Anita) of Dry Fork, Virginia; his daughter, Carolyn Rhodes (Bill) of Newport News, Virginia; his brothers, David Newton and Jimmy Newton; his sisters, Janice Inman and Michelle Scarce; four grandchildren, and seven great-grandchildren. In addition to his parents, he was predeceased by his sisters, Pearl Wright and Louise Johnson.

A funeral will be held at 2 p.m. on Sunday, September 5, 2021, at Norris Funeral Services, Mt. Hermon Chapel with Dr. Joe Arthur and Pastor Chad Branch officiating. Interment will follow at Highland Burial Park. The family will also receive guests at other times at the residence.

Published by Danville and Rockingham County on Sep. 4, 2021.
To plant trees in memory, please visit the Sympathy Store.
MEMORIAL EVENTS
Sep
5
Funeral
2:00p.m.
Norris Funeral Services Inc and Crematory - Mount Hermon Chapel
3995 Franklin Turnpike, Danville, VA
Funeral services provided by:
Norris Funeral Services Inc and Crematory - Mount Hermon Chapel
MAKE A DONATION
MEMORIES & CONDOLENCES
Sponsored by Norris Funeral Services Inc and Crematory - Mount Hermon Chapel.
3 Entries
I just found out about our dear Mr. Newton. He was the most outstanding man and I was so proud that he was our pastor at Central Baptist. He was a loving and caring person who deeply loved his Lord, wife, children, and grandchildren. He was the greatest blessing around the area and a true man of God. May our Lord give you comfort during this time.
Susan Robertson McCarthy
Friend
September 12, 2021
I had met Mr. Newton only once. I am sorry for your loss but I know he's whole with Jesus. Prayers for the family. God bless you all. Linda Jones
Linda K Jones
Other
September 4, 2021
Roger And family: So Sorry to hear of Roy's passing. He was such a nice person. MAY GOD BE WITH ALL OF YOU AT THIS TRYING TIME!! Joe Doss
Joe Doss
Friend
September 4, 2021
Showing 1 - 3 of 3 results