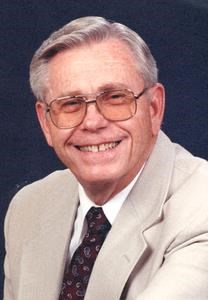 William "Bill" Jackson Soyars, 82, passed away on Thursday, January 7, 2021 after a long journey with dementia. He was born on January 3, 1939, in Danville, Va. to the late Grover Evans Soyars and Elsie Ayers Soyars. On June 17, 1961, he married Judy Powell Soyars at Vandola Baptist Church. They were married for 59 years.

Bill grew up in the Brosville area of Pittsylvania County and graduated from Brosville High School in 1957. He earned a B.S. degree in mechanical engineering from Virginia Tech in 1961 and in 1990 a M.A. degree in Christian Counseling from Liberty University.

After several years working in textile engineering, Bill began his career as an instructor at Danville Community College. He taught Drafting and Design there from 1964 until he retired in 1996.

Bill was ordained as a Baptist Minister in 1980 and served as a bi-vocational pastor or interim pastor to several local churches, including Laurel Grove Baptist and Shermont Baptist. In his retirement he was a member of Mount Hermon Baptist Church and the Able Servants Sunday School Class.

Bill loved his God, his family, his country, and Virginia Tech Football. He held Virginia Tech football season tickets, and sat in the same seats, for over 50 years.

Bill was predeceased by his parents and his sister, Joyce S. Hancock.

Following a private burial, a memorial service, with The Reverend Ryan Riley presiding will be held on Sunday, January 10, 2021 at 2 p.m. at Mount Hermon Baptist Church. Social distancing will be observed and masks are required. There will be no formal visitation.

The family wishes to sincerely thank all the staff at Pearls of Life at Liberty Ridge in Lynchburg, Va. For the last two years they provided excellent love and care to Bill. We give God all the glory for helping us find this wonderful place for him.

Memorial gifts may be made to the Alzheimer's Association, 308 Craghead St., Suite 104, Danville, VA 24541, or the charity of your choice.

To plant trees in memory, please visit our Sympathy Store.
Published by Danville and Rockingham County on Jan. 9, 2021.
MEMORIAL EVENTS
Jan
10
Memorial service
2:00p.m.
Mount Hermon Baptist Church
Funeral services provided by:
Wrenn-Yeatts Funeral Homes
GUEST BOOK
5 Entries
Fields, I am so sorry for your loss. Scott and I were in Waynesboro for lunch recently and were thinking of you. Many prayers of comfort for your family.
Leslie Harper
January 11, 2021
Judy, i can't remember knowing a better man than your husband, Bill. If I used one word to describe Bill, it would be faithful. Although we normally got together once a year, looked forward to my stop on 58 to visit with both of you. I know God will keep you in his huge hands in the coming days. I will be thinking and praying for you and your family. Great man and Hokie!
Dennis Gilreath
January 10, 2021
Bill and I shared a friendship for many years at DCC. He was truly a fine man and always ready with a kind word or friendly smile. Surely he is now enjoying his reward for the life he dedicated to Faith and Works.
Neal Howard
January 10, 2021
Judy - We never saw Bill that he didn´t have that bright smile and laugh going on. Always fun to talk to and such a great educator to many students who went on to become a source of pride for him. May your memories and ours give all of us peace and a place in our hearts for him to live on ...
Dana and Max Glass
January 9, 2021
Judy so sorry, we loved the time you two spent at Hollywood with us. I think Bill lead the most beautiful communion service ever.
Jetty Burgess
January 9, 2021