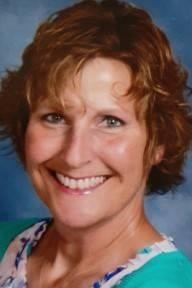 GRANITE CITY — Christine Diane Dawson, age 50, passed away peacefully on March 31, 2021 at her home. She was born April 30, 1970, in Cincinnati, Ohio. She was the loving daughter of John E. "Jack" and Sandra Dawson of Granite City and mother of Josephine "Josie" Dawson of Belleville.

She attended Granite City public schools and graduated from Granite City High School in 1988. During that time, she was also very active in Job's Daughters and served as Honored Queen of Bethel #43. She graduated from Illinois State University, in Normal, Illinois, in 1992 with a B.S. degree in Social Work and Philosophy. Later, she earned a Master of Social Work degree from St. Louis University.

Early in her career, Christy worked for United Way of Saint Louis and Big Brothers and Big Sisters. Most recently she was employed by the Granite City School District #9 as a Social Worker at the High School. She was honored to receive the "Those Who Excel" award by the Illinois State Board of Education.

As a lifelong faithful member of St. John United Church of Christ, she served on the Church Council, the Board of Christian Education, and the Search Committee, as well as other committees. She was a Sunday School and VBS teacher and a Youth Advisor.

Christy enjoyed reading, baking, gardening, bicycling, and traveling—especially to England where she spent a semester in college and made several return trips. She was preceded in death by her grandparents, Joseph and Ethel Holtzscher, of Granite City, James and Esther Dawson, of Elmhurst, IL, and an uncle, Joseph S. Holtzscher, of Glen Carbon.

Besides her parents and daughter, she is survived by an aunt, Nancy Milton Holtzscher, and cousins, Katie (Donald} Ladd and family.

Christy will be remembered as a kind-hearted and positive person who was determined to make the world a better place.

MEMORIALS may be made to St. John United Church of Christ, 2901 Nameoki Rd., Granite City, IL or the BJC Hospice.

Due to Covid 19, a Celebration of Life will be held at a later date.

Condolences may be expressed to the family online at www.irwinchapel.com.