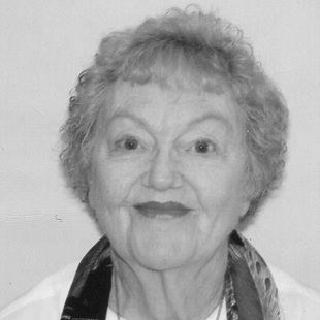 Mary "Louise" Korona, released herself from her tired and frail body on Friday, May 6, 2016. She has moved on to another place, full of joy, light and best of all fulfilling work.

Louise was born in San Angelo, Texas, on Sept. 15, 1923, to Annabelle (Fondren) and Lawrence Hillyer. She married Wilson B. Korona, a Brooklyn, New York flight student at Goodfellow Air Base on Nov. 15, 1943. They traveled around the world and lived in many exotic places during his military career. She earned several college degrees while raising five children. They retired from the Air Force in 1968, and returned to San Angelo and bought a business called The Fabric Mart.

In 1969, they bought land on Knickerbocker Road, built a building, and moved in. Louise was a visionary. She continued to change with the times, explore her personal growth and transform her beloved store into Korona's Formal Wear. Louise mentored family, friends, customers and employees alike. She taught everyone she touched the value of hard work.

One of her proudest moments was convincing her best friend, JW Lown, to run for mayor. After he won, she was his appointee to the City of San Angelo Economic Development Board. Louise was a strong member of the Daybreakers Toastmasters Club for 30 years.

Her love for her family and friends, far and wide, was deep and pure, but her favorite activity was working in her store. On Friday, April 29, 2016, she drove herself to and from Korona's and worked all day measuring young boys for their prom tuxedos. She was independent and unstoppable.

She is also survived by her store family, Amy Fox, Brittney Albers and Ginger Samaniego, and all the others, now, before, and to come.

We want to thank everyone for the kind thoughts and prayers for our loss of our dear Mary Louise Korona. As she wished, there will be no funeral.

The best way to honor Louise, is to put in a hard day's work! Her greatest joy was her work dressing the families of West Texas for their formal events. She knows that Korona's Formal Wear has a few more weekends of prom to go, so that's what we are doing now. We know she wouldn't want it any other way.

If you feel a need to give in her honor, please make a donation to the San Angelo Boys and Girls Club.

Family and friends may share condolences and sign the online register book for Mary Louise at harper-funeralhome.com.
Published by GoSanAngelo from May 8 to May 15, 2016.
To plant trees in memory, please visit the Sympathy Store.
MEMORIAL EVENTS
To offer your sympathy during this difficult time, you can now have memorial trees planted in a National Forest in memory of your loved one.
Funeral services provided by:
Harper Funeral Home
MAKE A DONATION
MEMORIES & CONDOLENCES
4 Entries
Sandy, Terri and family,
I am sorry for your loss. I know you have many wonderful memories. My thoughts and prayers are with you and your family.
Kathy Steib Janssen
May 13, 2016
Sandy, Terri, I'm sorry to hear about your mother. She had a long, busy life. I hope that you count on your memories to help you during this time. I remember the time that she hosted a picnic in the backyard for a group of swim team members. My thoughts are with you.
Susan Gerlich
May 10, 2016
Cristen and family, I am sorry for your loss. Prayers to you all.
Cassandra Beach
May 10, 2016
My neighbor. I'm honored to have known her.
Sandy Keith
May 10, 2016
Showing 1 - 4 of 4 results