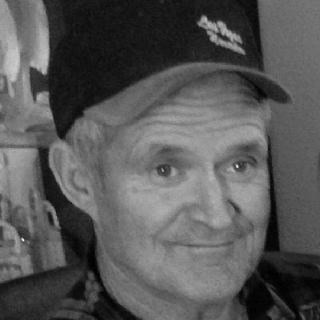 Ricky was born on July 27, 1955, to Charles and Eva Fowler in San Angelo, Texas. After graduating from Lake View High School, he started a career in underground utilities, having been employed with the Housley Group for the past 11 years. Ricky's memory will be cherished by many who loved him.

He is survived by his loving wife of 37 years, Vickie. They were blessed with two beautiful children and added another when Cara joined the family. They are their son, Erik Kevin Fowler and wife Cara and their daughter, Erika Fowler. The loves of Ricky's life were his precious grandchildren, J. T. Jones, Noah Fowler, Madison Jones, and Levi Fowler, all of San Angelo. Ricky was blessed with a family that loves him and will dearly miss him; Richard and Mary Hasty, Venessa Hasty, Courtnie and husband John Wood, D. J. Wood and Jordan Wood, Valerie and husband Skip Priess, all of San Angelo, Lindsey Biggs and husband John Biggs, Artimes and Briar Biggs of Boerne, Texas; brothers Larry Fowler and wife Barbara Fowler of Robert Lee, Texas, Danny Fowler and Johnny Fowler of San Angelo, Texas and Charlie Fowler of Midland, Texas; sisters Chira Oravetz and husband Max, Twyla Oliver and husband Andy and Thana Fowler, all of San Angelo, Evanna Figueroa and husband Micky of Bend, Oregon and many nieces and nephews

The family wants to thank Doctor Cummings and his wonderful staff, Dr. Flynn, Tanya Favor, Kindred Hospice and a special thanks to Theresa Lewis for giving Rick great care. We would also like to thank all the prayer warriors. A special thanks to Howard Mitchell, Bob and Mona Housley and the entire Housley Group, along with Crockett National Bank and Mortgage Financial Services for their unlimited support, kindness, love and care during Rick's battle with cancer.

Family and friends can offer condolences and sign the online register book for Ricky at harper-funeralhome.com.
Published by GoSanAngelo on Jun. 2, 2017.
To plant trees in memory, please visit the Sympathy Store.
MEMORIAL EVENTS
Jun
3
Visitation
10:00a.m. - 12:00p.m.
808 Humble Road, San Angelo, TX
Funeral services provided by:
Harper Funeral Home
MAKE A DONATION
MEMORIES & CONDOLENCES
Sponsored by Harper Funeral Home.
14 Entries
Barbara Fowler
July 27, 2019
I am so very sorry for the family. Ricky was a good person, who I enjoyed working with thru the City and private construction. His kind heart and willingness to help others was such a great sign of his life. I will keep the family in my prayers.
Vicky Porter
Vicky Porter
June 8, 2017
my condolences to you and yourfamily .
David Ramirez
Friend
June 4, 2017
So sorry for your loss.Rick was a good man with a heart of gold.All who knew him will miss him dearly.We will see you again in Paradise, my friend. May God Bless and Comfort you. Roena,Keith,Tristian, and Caitlan Mccoulskey.
Keith Mccoulskey
June 3, 2017
Ricky and Vickie are amazing people. Getting to share part of their journey was my privilege. My love sympathies to the family. Ricky will truly be missed.
Tanya Favor
June 3, 2017
So sorry Vickie .Your In My thoughts and prayers for you and the family ..The lord will have his arms around you all and comfort each of you during this time .God bless
Debra Neill Smith
June 2, 2017
My condolences for the loss of your loved one.May God comfort you during this difficult time.Isaiah 61:1,2.
Neighbor
June 2, 2017
Vickie and I have you all in our thoughts and prayers. May God give you strength during this time.
Wayne and Vickie Simpson Coppell, TX
Wayne Simpson
June 2, 2017
Vickie, Erik, Erika & family ... Our thoughts and prayers are with you all.
Hector & Tricia Varquera
June 2, 2017
The world lost a amazing man. His smile will be etched,in my heart forever. His kids and grandkids were the lights in his eyes.
Laura
June 2, 2017
Rest in peace my friend you will be missed. See u and Sal when I get there.Sorry for your loss. Amazing man.
Laura Abbott
June 2, 2017
So sorry for your loss, Vickie. My thoughts and prayers are with you and the kids. May God give you the comfort and strength.
Carolyn Moore
June 2, 2017
My thoughts and prayers are with the family at this time, may God always comfort you !
Lois Usery kelly
June 2, 2017
Dora Springer
June 2, 2017
Showing 1 - 14 of 14 results