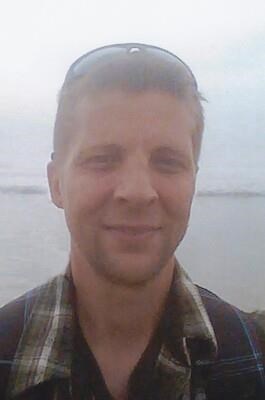 Brock was born in Great Falls, Montana on January 6, 1972, to parents Jerry and Vicki Kuntz and graduated from CMR High School in 1990. Brock attended Northern Montana College and the University of Montana, where he fell in love with the wild outdoors. After working in Alaska on a fishing boat for a year, he moved to Seattle and spent many years working for a sports clothing company and in construction.

Brock loved the mountains and rivers of Montana. So, when the opportunity to work alongside his best friend, Cory, as a raft guide at the gateway to Yellowstone National Park presented itself, it was something he couldn't pass up. While living, working, and exploring in Gardiner, he met the love of his life, Kelly Konecny. Brock and Kelly later moved to Great Falls to help take care of his mother who was recently widowed, and he and Kelly were married in Great Falls on August 10, 2014.

In the fall of 2017, Brock was diagnosed with a very rare cancer, Medullary Thyroid Cancer. Thus began a four-year regimen of surgeries, radiation, and two test programs he took part in through M. D. Anderson Cancer Center in Houston, Texas. He also went through intensive treatment at Benefis Sletten Cancer Institute in Great Falls and Huntsman Cancer Hospital at the University of Utah. Sadly, after returning home from treatment in Texas, his body said "enough", and he passed peacefully in his sleep with his wife by his side on June 22, 2021.

Brock spent the last few years of his life at the family cabin on the Blackfoot River in Lincoln, Montana. He was happiest when he was at the cabin with Kelly and his beloved dog, Freya. Brock loved traveling and took several fun trips to Oregon with Kelly, his sister, Kerri, and his Aunt Marla. He was an excellent skier and snowboarder, loved fishing on the Blackfoot, camping and hiking with Kelly and Freya. Despite what he was going through, Brock never complained and kept his amazing wit and sense of humor until the end. He was very much loved by his family and his many friends. He will truly be missed.

Brock was preceded in death by his stepfather, Dan Duff; grandparents, Gabriel and Ann Kuntz and Victor and Evangeline Malmberg; and his special uncle, Larry "Swede" Malmberg. He is survived by his wife, Kelly of Lincoln; mother, Vicki Duff of Great Falls; father and stepmother, Jerry and Cathy Kuntz of Great Falls; sister, Kerri Kuntz of Sandpoint, Idaho; brother, David (Becky) Kuntz of Missoula; and sister, Brittney Kuntz of Missoula. He is also survived by numerous aunts, uncles and cousins; especially his Aunt Marla Malmberg of Spokane, who spent countless hours researching Medullary Thyroid Cancer, attending doctor appointments, and serving as his medical advocate.

Memorials can be made in Brock's name to the Lincoln Volunteer Fire Department 114 Stemple Pass Rd, Lincoln, MT 59639 or charities of your choice.

A memorial service will be held at 3:00 p.m. on Thursday, July 1, 2021, at O'Connor Memorial Chapel. Condolences for the family may be shared online at www.OConnorFuneralHome.com.