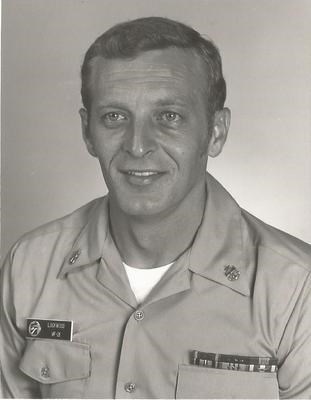 Great Falls —Clarence "Butch" A. Lockwood, 72, of Great Falls, passed away Nov. 12, 2015 at his home. Per Butch's wishes cremation has taken place, memorial services with full military honors will be Wednesday, Nov. 18, 2015 at 2:00 PM in the Rose Room Chapel at Croxford Funeral Home, with Celebrant Christen Birkholz officiating.

Clarence Albert Lockwood was born in Great Falls on August 27, 1943 to Clarence "Red" and Violet (Holzheimer) Lockwood. He grew up and attended schools in Great Falls. At the age of 17, Butch joined the Navy, proudly serving our country as a mechanic on float planes and air craft carriers. Later in his military career he was an active recruiter. After he retired he worked for Cascade Hydraulics and General Dynamics; he also worked on base as a civilian for Corrosion Control.

In his free time; Butch enjoyed the outdoors in his younger years, he could be found hunting and fishing. As he got older, he took interest with car, airplane and Navy aircraft models. His collection and supplies were so vast; he was told he could open his own hobby shop. Butch cared very much for his neighbors, and was always lending a helping hand.

He is preceded in death by his parents, Violet Goff and Clarence "Red" Lockwood; and his grandparents Charles and Alice Holzheimer.

In lieu of flowers memorials are suggested in Butch's name to the veteran's organization of the donor's choice.

Condolences may be shared at www.croxfordfuneralhome.com

Published by Great Falls Tribune on Nov. 17, 2015.
To plant trees in memory, please visit the Sympathy Store.
MEMORIAL EVENTS
To offer your sympathy during this difficult time, you can now have memorial trees planted in a National Forest in memory of your loved one.
Funeral services provided by:
Croxford Funeral Home and Crematory
MAKE A DONATION
MEMORIES & CONDOLENCES
5 Entries
He was the best neighbor we could have ever ask for. Butch will love you and miss you very much.
Vicky Graham
November 29, 2015
God bless and keep you always, Butch.
Your cousin,
Peggy
November 18, 2015
I Love you so much, tomorrow is going to be very hard for me..especially because it has been so long since I have talked to you. I can picture walking into your house as I was younger, always so clean and smelling good. You were always building and painting new airplane models. I miss my Grandparents so much, I know you are all together now. Please watch over us. I love you.
Love Always,
Tawny
Tawny Lockwood
November 17, 2015
Words can not describe how much we will miss you. You're laugh will live on forever. We love you with all our hearts. Till we see you again RIP
Jacque Dabler
November 17, 2015
Your spirit will fly on forever. Rest in peace "Uncle Butch"
deloris tracy
November 17, 2015
Showing 1 - 5 of 5 results