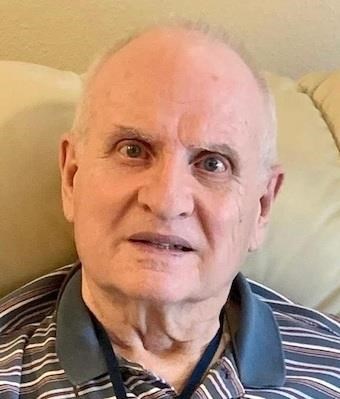 Don was born on November 17, 1938, in Great Falls, MT, to Albert and Romaine Rossmiller.

He graduated from Dutton High School and went on to earn a Master's Degree in Agricultural Economics at Montana State University.

Don was a 2nd Generation Farmer in the Knees Area north of Great Falls. He farmed there with his wife, Janet Rossmiller where they raised their two sons, Mike and Scott. They divorced in 1977. He married Carol Gordon in 1982 and eventually adopted their children, Jen, Chris, and Cindy. Together they ran the farm for many years, until their divorce in 2002.

Don loved his farm, and farming, and would say "when you do what you love, you'll never work a day in your life". Besides farming, one of his great passions was restoring antique 2-Cylinder John Deere tractors with his close friends Jerry Severson and George Gemar. When he retired he began spending the winters in Arizona where he eventually moved, after reconnecting with his first wife, Janet. They enjoyed being "Snowbirds" every year and made numerous friends who also migrated south in the wintertime. Dad joined the Montana Men's Club made up of other retired men who grew up and lived in Montana and always looked forward to a meal out with them. Some of the men in the Club happened to be old friends of Dads back in Dutton Highschool. Janet passed away in 2013 and Don continued to live in Arizona until 2020 when he moved back to Montana.

He was preceded in death by his parents Albert and Romaine, sister Joyce Godzeski, and wife Janet.

Please join the family in celebrating Don's life with a service held on July 24th at Croxford Funeral Home in Great Falls, MT at 11am with a reception following the burial at New Highland Cemetery. For those unable to attend the service, a livestream will be available at www.croxfordfuneralhome.com

In lieu of flowers/donations, feel free to bring any photos or stories to be read at the reception or email to [email protected] so we can share your memories of dad.


Published by Great Falls Tribune from Jun. 25 to Jun. 27, 2021.
To plant trees in memory, please visit the Sympathy Store.
MEMORIAL EVENTS
Jul
24
Celebration of Life
11:00a.m.
Croxford Funeral Home and Crematory
1307 Central Avenue, Great Falls, MT
Jul
24
Burial
New Highland Cemetery
MT
Funeral services provided by:
Croxford Funeral Home and Crematory
MAKE A DONATION
MEMORIES & CONDOLENCES
Sponsored by Croxford Funeral Home and Crematory.
2 Entries
Many fond memories of harvesting with exchange students; an outstanding farmer.
Jim Aanrud
Friend
June 28, 2021
To the Rossmiller Family, I am so sorry to hear of Donnie's passing. He will be missed by so many of us that had the honor of knowing him. Jerry and I had many great times with him and Janet. I will cherish the times that I had with him and will remember him with the pictures of the parade in Lewistown with Jerry Severson, the parade in Dutton with George Gemar. Thanks for the memories Donnie. Jerry and Kathy Mann
Kathy Mann
Friend
June 26, 2021
Showing 1 - 2 of 2 results