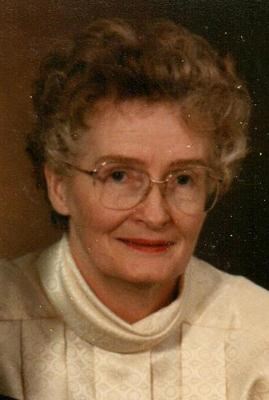 Great Fall —The matriarch of the Sterling Ranch Company, Joyce Iris Sterling Blackman, age 85, of Craig, Montana passed away on January 14, 2015 from a stroke caused by unnecessary stress in the ranch business. A visitation open to the public will be held on Monday, January 19, from 6 to 8 PM in the Rose Room Chapel at Croxford Funeral Home in Great Falls, Montana. Funeral services are scheduled for 1:00 PM, Tuesday, January 20, 2015 in the same location followed with a burial service to be held at 3:00 PM at the Craig Cemetery.

Joyce was born on February 1, 1929 to Frank D. and Edythe L. Sterling of Craig, Montana. As a child, Joyce had been burned in a fire while her sister Frances, brother Edward, and mother Edythe were burning leaves at the lower house of the Sterling Ranch Company. She was in the Great Falls Columbus Hospital for six months with 3rd degree burns. At age 9, Joyce had polio which left her with her right leg slightly shorter than her left. She attended schools in Craig, Great Falls, Thompson Falls, and Helena. She graduated from Helena High School in 1947 and then attended college at Greely, Colorado. She returned to Helena where she later married WWII veteran Lonnie Gary Blackman at St. Paul's Methodist Church on September 8, 1948 in Helena. From this union they had Brenda, Randy, and Scott. After 60 wonderful years together, Gary passed away on January 13, 2009 and was buried on Tuesday, January 20, 2009.

Gary and Joyce proudly owned and operated a dairy farm in Helena Valley. In 1954, after selling their dairy farm, they spent the remainder of their years together with her father, Frank D. Sterling on the Sterling Ranch. After the passing of Frank in 1983, Gary and Joyce with the help of Scott, continued to work the Sterling Ranch. Joyce cooked for the ranch for 37 years while also maintaining the position of bookkeeper. She was an owner, director, secretary and treasurer of the Sterling Ranch Company. Joyce was a fourth generation and last descendant living on the Sterling Ranch. She also owned Blackman Ranch, RV Park in Craig and other investment properties. She was a proud member of the Rambling Sam's RV Club in Great Falls, a 65 year member of Miriam Chapter #1 Order of the Eastern Star in Helena, Ulm-Cascade Daughters of the Nile and Cascade American Legion Auxiliary #133.

She was preceded in death by her parents; husband, Lonnie Gary Blackman; son, Randy Blackman, and brother Edward Sterling.

Joyce is survived by her son, Scott (Raina) Blackman of Craig; daughter, Brenda (Andy) Gruel of Craig; grandchildren Charles and Devon Gruel, Loni and Jeannie Blackman, and one great grandson, Nathanial Gruel. She is also survived by her stepbrother, Richard (Janice) Harper of Tucson, Arizona and Texas; sister, Francis Fredrickson of Salem, Oregon; nieces, and nephews.

Condolences to the family may be shared at www.croxfordfuneralhome.com


Published by Great Falls Tribune on Jan. 18, 2015.
To plant trees in memory, please visit the Sympathy Store.
MEMORIAL EVENTS
To offer your sympathy during this difficult time, you can now have memorial trees planted in a National Forest in memory of your loved one.
Funeral services provided by:
Croxford Funeral Home and Crematory
MAKE A DONATION
MEMORIES & CONDOLENCES
8 Entries
So sorry for the loss to the family of Joyce, but happy to hear her sister Franny is living. I went to school with Franny and Ed in Thompson Falls in the 1940's and we all had such good times during those war years.
Betty Lou Nelson Rhoda-Spokane WA
January 23, 2015
To the Blackman Family, Praying for God's perfect peace during this time. Years have come and gone since I lived next door to Joyce and Gary and I still have fond memories of the Blackman family. One day we shall all meet again...!
Dan Guptill
January 23, 2015
Raina, Scott and Family- we are so sorry for your loss. These ranch/farm women of her generation were remarkable.
Marilyn Parker
January 19, 2015
Brenda. So very sorry to hear of the loss of your mom. Will keep you in my prayers. Elaine.
January 18, 2015
Aunt Joyce you have touched my heart and my families in so many ways. I love you dearly and you will remain in my heart forever.
peggy looney
January 18, 2015
Just read about your mother. No matter what age, that is a hard loss. You are in my prayers. Joyce Backa
January 18, 2015
My thoughts and prayers are with you in your time of grief. May your memories bring you comfort.
Annie Horne
January 18, 2015
I am so sorry to hear about the passing of your love one. Loosing a loved one in death is never easy. May your heart be comforted by God's promise at john 6:40 where we learn we will see our love ones again.
January 18, 2015
Showing 1 - 8 of 8 results