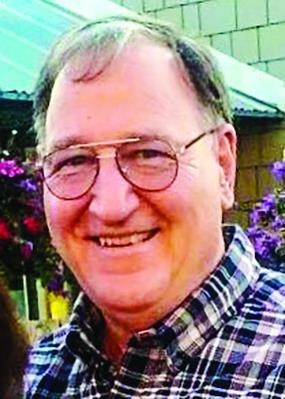 Orofino, ID —Larry Edward Paske, 67, with his wife at his side, passed away Thursday, Feb. 23, 2017, at his home in Orofino, ID, after battling brain cancer.

Larry was born in Baraboo, WI, on Dec. 12, 1949. He spent his younger years working on the family farm, playing tuba in the high school marching band, and starting his lifelong love of woodworking.

After high school he joined the USAF. There, he made his career, retiring in 2002 at the rank of CMSgt. During his career he was stationed at Malmstrom AFB in Great Falls, MT, then switched to Air National Guard and was with the 120th at Gore Hill, Great Falls, MT.

He then moved to the Washington ANG at Boeing Field and Camp Murray. His final duty station was at Guard Bureau in Washington, D.C., before retiring to the Orofino area.

In retirement, Larry still continued to serve. He volunteered with the NWTF, VFW, and as treasurer for his local volunteer fire department.

He loved anything outdoors, especially fishing. We think he had gills! On occasion, you might even find one of his sons or grandkids behind the boat, but it was probably a trick, they were just bait for bigger fish!

Seriously, though, wherever he was, you always found him with his best friend and wife, Julie. No matter what they were doing, they loved being together.

He was preceded in death by his son, Adam Paske, and his parents, Leo and Lorna Weiglow.

Per Larry's request, there will be no services.

Our family would like to thank all of Larry's wonderful friends that have helped him, and us, through all of this. Thank you very much!


Published by Great Falls Tribune on Mar. 8, 2017.
To plant trees in memory, please visit the Sympathy Store.
MEMORIAL EVENTS
To offer your sympathy during this difficult time, you can now have memorial trees planted in a National Forest in memory of your loved one.
MAKE A DONATION
MEMORIES & CONDOLENCES
8 Entries
Just read this and am saddened we never reconnected. We both were in recruiting duty Silverdale, Wa. He often visited me after my retirement in Southern Oregon. We loved this man like a member of our own family. RIP my friend
Art Flores
Military
September 9, 2020
Little late, he touched the hearts of so many Canadian families
Tim Russell
Friend
January 1, 2019
I enjoyed serving with Larry at the Air National Guard Readiness Center. We had a joint retirement ceremony. RIP my brother.
Louis Paris
Military
September 15, 2018
You were a great supervisor. RIP
Tanja Thompson
January 25, 2018
I enjoyed knowing Larry, as a fellow NCO during my time with the 143rd Combat Communications Squadron, at Boeing Field, Seattle WA. He believed in 'Service above Self'. He will be missed, and not forgotten! God bless him.
Bob Kennar
March 11, 2017
MAY THE THOUGHT OF KNOWING THAT FRIENDS AND FAMILY SHARE IN YOUR GRIEF BE OF COMFORT TO YOUR FAMILY.PLEASE READ PROV 17:17
KELLEY
March 11, 2017
So sorry for your loss
Jan Pankratz
March 9, 2017
I remember a kind man with always a smile on his face no matter what we were doing. My thoughts are with you.
Jan Michaelson
March 8, 2017
Showing 1 - 8 of 8 results