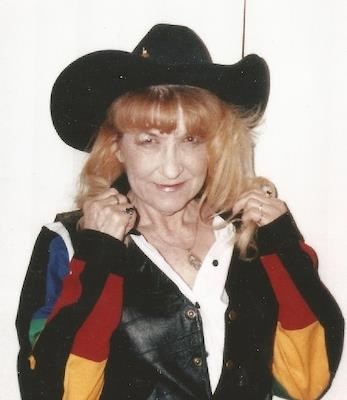 Great Falls - LaVonne Cecelia Hill was born September 30, 1943 in Flaxton, North Dakota to Gloria Marie Altringer and Virgil Clarence Pannell Hill. She spent the first ten years of her life growing up in small towns in northwestern North Dakota. In about 1954, she moved with her family to Great Falls, Montana and attended Franklin Elementary and West Junior High. It was there, she met Bob Falcon and they were married in 1961. Bob and LaVonne moved to Manns Ranch as ranch-hands. Bob was killed in a house fire on January 3, 1964, in Great Falls. LaVonne was 6-months pregnant with their son Bobby. LaVonne married Carl Mallory on April 2, 1969 and they raised Bobby. Carl was a musician and in the Moody River Band. In about 1974, Carl and LaVonne purchased their home on southwest side of Great Falls. LaVonne worked in housekeeping at the Midtown Motel and was a bouncer at the J Bar T for a short time. LaVonne became one of the best pool players in town and played on league teams for the Caboose Bar and the Cowboys Bar. In 1984, her team won the City Championship. She played on pool leagues for about 20-years. LaVonne enjoyed her son Bobby and everything about him so when he died young in 1986, a piece of LaVonne died with him. In about 1988, Carl became the lead singer of the Montana Mountain Band at the Westside Vets Club, which continued for some 20-years with LaVonne as their band groupy and Carl's #1 fan! They enjoy camping and spending time with family and friends. About every other year they travel to Biloxi, Mississippi, and New Orleans, Louisiana, to spend time with Carl's family. LaVonne was a scrappy gal; she liked to say, "I'm gonna to kick your ass!" and she'd put her fists up and act like she was ready for a fight. LaVonne was a fighter… she battled through over 30 surgeries and major health issues. She died of heart failure June 18, 2021.

LaVonne is survived by her husband Carl Mallory, many in-laws and out-laws, several nieces and nephews and a large and loving extended family, to numerous to single anyone out.

A Celebration of her Life will be held at Croxfords in Great Falls on Thursday, June 24th, at 1 PM, followed by Interment at Highland Cemetery and a reception to follow at the Eagles Manor. To contribute to her final expenses, please contact Mike Lefebre at 870-2541 and to bring food to the potluck, please contact Chrissy and Cindy Hill 781-1783.

Condolences may be shared with the family at www.croxfordfuneralhome.com.


Published by Great Falls Tribune from Jun. 23 to Jun. 24, 2021.
To plant trees in memory, please visit the Sympathy Store.
MEMORIAL EVENTS
Jun
24
Celebration of Life
1:00p.m.
The Rose Room Chapel ~ Croxford Funeral Home
1307 Central Ave, Great Falls, MT
Funeral services provided by:
Croxford Funeral Home and Crematory
MAKE A DONATION
MEMORIES & CONDOLENCES
Sponsored by Croxford Funeral Home and Crematory.
2 Entries
Lavonne was a gentle soul, very fancy at heart. She loved her family, dog, and friends very much as we all loved her very much. She is resting in paradise now untill we see her again. Rest in peace Aunt Lavonne. I will never forget you and how kind you were to everyone. love you!
Kat Hayes
Family
June 22, 2021
I was sadden to hear of the passing of Lavonne. I knew Lavonne since I was a teenager. I worked with Carl at the Westeide vets so later in life I got to once again connect with her and to get to know her better. She has a gruff exterior but a heart of gold. You will one again be with Bobby Lavonne so fly with the angels my friend.
Linda Durham
Friend
June 21, 2021
Showing 1 - 2 of 2 results