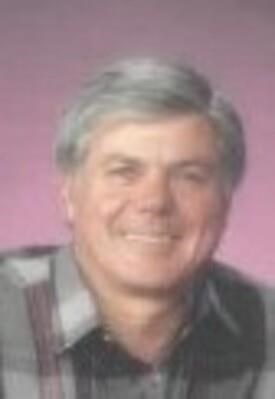 Cremation has taken place under the direction of Schnider Funeral Home. His celebration of life service will be held at 10:00 a.m. on Thursday, July 1, 2021, at the Episcopal Church of the Incarnation, 600 3rd Avenue North, Great Falls.

Larry was born July 4, 1941, in Great Falls, MT to Robert E. and E. Maxine Eliason. He was raised in Great Falls and on a ranch in the Deer Lodge valley where he graduated from Powell County High School and attended Montana State University. Larry worked as a mechanic rebuilding and installing engines for his father, Robert, in Deer Lodge and later for Kick Gilbert at Texaco for a time, until he met and married Linda Baril and moved back to Great Falls to work for Boeing on the missile project. When Boeing was over, Larry worked for Walt Dudra at the Pin Cushion, hanging drapes and upholstering furniture. Another career opportunity opened for Larry with William Volker Co. selling wholesale furniture and flooring to retailers across Montana.

A life-changing motorcycle accident rendered him a paraplegic at the age of 29. With three children and most of his life ahead of him, Larry decided to pursue an accounting degree at the College of Great Falls. Before completing his degree, he was offered a job doing construction estimating and cost accounting and serving as a facilitator between the builder and the customer for Riverview Construction known later as, First Builders in Great Falls and Billings. When construction slowed in the late 70's early 80's, Larry's job ended, and he took a position with Sun Wise Solar Panels for a short time before he was hired by the contracting office at Malmstrom Air Force Base. He retired as a contracting officer 23 years later.

He was an accomplished mechanic, fixer, modifier, leather carver, upholsterer, goldsmith, pool player, stained glass artist, and hunter. He was also an avid fisherman and expanded from just catching them to also preserving them through taxidermy. He tried his hand at wood carving, and paired with the taxidermy, finished a couple bobcats and dozens of fish, mostly for his friends. After retirement, Larry became an avid reader of all sorts of books, and a bit of an inventor, astounding his wife with his engineering skills and marvelous inventions that made his life easier.

An adventure enthusiast, Larry became a licensed pilot, and he and Barbara spent many hours flying their Piper Cherokee between Great Falls, Thompson Falls, and Dubois, Wyoming, visiting family. Larry also participated in the Great Air Race from Great Falls to Jackpot, NV, winning the race in his class twice. Active in camping, fishing, traveling, and living in a fifth-wheel trailer for 4-5 months in Arizona during the cold Montana winters, life was never dull. He never complained about his condition. He just said his biggest hardship was because he was short and could not reach what he wanted to build or repair.

Larry was preceded in death by his father, Robert; mother, Maxine; and brother, Scott.

Memorials may be given to the organization or charity of your choice. Condolences for the family may be shared online at www.SchniderFuneralHome.com.