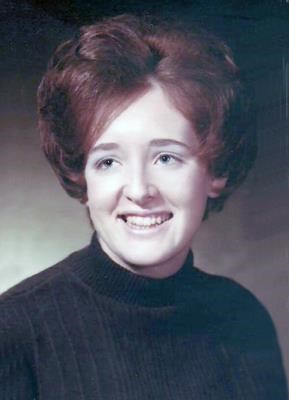 In 1980, she married Bartley Fink and moved to California, where she started a family, taught High School English, and also earned a Master's degree in counseling. Bart and Peggy eventually moved back to Montana with their family.

She was an amazing and inspiring teacher and she also coached Speech and Debate. She was presented the Diamond Key Award by the National Forensic League Training Youth for Leadership for directing the efforts of students to earn 1500 points in the pursuit of speech excellence.

Peggy was preceded in death by her husband of 32 years Bartley Fink, and her father, John O'Malley,

Peggy is survived by her daughter, Melissa Briggs (Scott) of Idaho Falls; her son, Ryan (Candice) of Ogden, Utah; three precious grandchildren, Stella and Rory Briggs and Brady Fink; her mother, Jessie O'Malley, of Billings, MT; her brother Mike O' Malley (Rhonda Burghardt) of Laurel, MT; her sister, Patty Rice (Ken) of Burke, VA; and her extended family who adored their Aunt Peggy for her kindness, intelligence and wit.

Peggy's memorial service will be at 2:00 p.m. Monday, June 11, 2018, at St. Jude's Catholic Church in Havre, Montana. A fellowship luncheon will be held at the St. Jude's Parish Center immediately after the service.

In lieu of flowers, the family requests that memorial contributions in Peggy's honor, donations to Walk to End Alzheimer's https://act.alz.org you can donate directly to Team Peggy, Melissa Briggs, Team Captain.

Published by Great Falls Tribune on Jun. 7, 2018.
To plant trees in memory, please visit the Sympathy Store.
MEMORIAL EVENTS
Jun
11
Memorial service
2:00p.m.
St. Jude's Catholic Church
MT
Funeral services provided by:
Wilderness Funeral Home & Cremation Services - Malta
MAKE A DONATION
MEMORIES & CONDOLENCES
Sponsored by Wilderness Funeral Home & Cremation Services - Malta.
6 Entries
So sorry to hear of Peggy's passing. We became buddies at Garfield High School in East L.A. in 1991 when we began our counseling careers together. She was a ray of sunshine.
Paul Purkhiser
January 10, 2019
My deepest sympathy to Jessie, Patty, Mike and the children and grandchildren of Peggy. Though I have not seen her in many years, I remember her as a mentor and friend for her humor, talent and kindness. May she Rest In Peace. Glenna Wortman-Obie, Big Sandy High School, Class of 1972
Glenna Wortman-Obie
Friend
June 7, 2018
I worked with Peggy and Bart at the Havre Activity Center for a few years. Both were wonderful people and a pleasure to work with. I am reminded of t he time Peggy and I was wondering how pepper spray worked and if it was really as bad as they say. So Peggy decided that she was going to find out and sprayed some. Needless to say both of us had a hard time seeing and breathing for awhile. So we laughed
Viki Hurd
June 7, 2018
Godspeed Peggy!! You will be missed by the many whose lives you touched. It is time to fish and watch the sunset with Bartley. Sending prayers to surround your family.
Nancy Pegar
June 7, 2018
Very nice and caring teacher
Ron Holden
Acquaintance
June 7, 2018
She was my favorite teacher in high school and the passion she had for literature is largely why I continue to avidly devour novels. Ill never forget all that she taught me.
Tyler Zuidema
Student
June 6, 2018
Showing 1 - 6 of 6 results