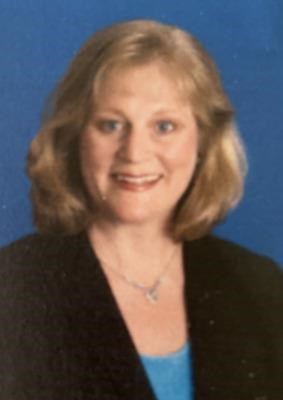 Sharyn was able to pursue her passion of Music and Theater participating in the Boston University Theatre Institute Summer Program in 1982 & 1985, and performing at the "BIGFORK SUMMER PLAYHOUSE" in 1984. She attended The University of Utah, Phil Mattson School of Music and graduated from the Boston Conservatory of Music in 1989.

After College Sharyn worked with the entertainment group on the Netherland's "Noordam" cruise ship.

It was there she met the "Love of her Life", Paul Roersma, a Dutch officer on the ship. They were married at the First Presbyterian Church in Great Falls on June 27, 1992. Then off to New York City, where Sharyn enjoyed being a member of a music dance group on the Harbor Cruise Ship "Spirit of New York" and was thrilled to be involved in the opening of the New York Hotel "The Four Seasons".

After years of apartment living they bought their first home in Elk Grove Ca. Shortly after, new business opportunities in Las Vegas took them to Henderson, NV. Sharyn loved being in the "Guest Relation Service" at the opening of the Paris Hotel and later the Wynn Hotel in Las Vegas.

With great joy, they welcomed their son, Tyler on November 4, 2001. She was thrilled to be a "Stay at home-soccer mom." As she would say, "The best job I ever had!" Sharyn was a member of PEO Chapter AO in Henderson NV.

A "Celebration of Sharyn's Life" will be held in August on Lindbergh Lake in Montana. Memorials may be sent to: THE BIGFORK SUMMER PLAYHOUSE, Bigfork MT, any organization for mental health awareness or a charity of your choice. 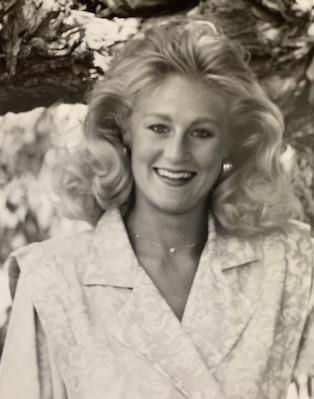 Published by Great Falls Tribune from Jun. 22 to Jun. 27, 2021.
To plant trees in memory, please visit the Sympathy Store.
MEMORIAL EVENTS
To offer your sympathy during this difficult time, you can now have memorial trees planted in a National Forest in memory of your loved one.
MAKE A DONATION
Please consider a donation as requested by the family.
MEMORIES & CONDOLENCES
9 Entries
So enjoyed Sharyn in high school...her energy and love of life was such a positive influence. I have many wonderful memories from our Bisonette drill team practices, trips, and performances. That was a big part of my life back then and she always has big smiles and was a great performer! Hugs and blessings to her family.
Lisa Underhill
School
July 12, 2021
So many memories of her during high school. My prayers for the family.
Bob Wigdorski
School
July 8, 2021
May God bless you and your family in this time of sorrow.
Johanna Tesch
School
July 8, 2021
I am so sorry to hear this. We had a very complex friendship throughout junior high & high school. I always admired how talented she was & I loved her beautiful smile and laugh. Wishing peace to all of her loved ones
Chantal Coghlan
Friend
July 8, 2021
Thank you for all the fun we had in choir in high school Sharyn. What an amazing, fun, brilliant light... To your family I am incredibly sorry for your loss may grace and peace be with you all.
Laura Wren
Friend
July 7, 2021
I am at a loss to find the words to explain what all Sharyn meant to me. She was more than a best childhood friend. She was the person I shared all of life´s "firsts" with. While we went our separate ways in adulthood, we touched base now and again to reminisce and learn about the major events in each other´s lives. My thoughts go to her family, especially Donna. My heart aches for Your loss.
Laurie Castle Gerboth
June 27, 2021
This is such a shock. I can hear her voice and see her smile from way back in junior high. I'm just so sorry to hear about Sharon's passing. Condolences to the entire family and her many friends.
Joel Long
Friend
June 25, 2021
I was absolutely devastated when I saw this notice. Sharyn was a dear friend from many years ago. She was a beautiful girl and grew into a beautiful woman. I have so many fond memories of all the fun and goofy times we had as kids. May Sharyn rest in peace. My heartfelt sympathy goes out to her husband, son, mother and everyone else in her family.
Lori Andrews
Friend
June 25, 2021
So sorry to read about this loss. Prayers to all the family
Darby Miller
Friend
June 25, 2021
Showing 1 - 9 of 9 results