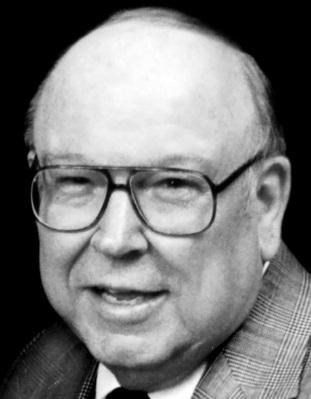 Don graduated from West High School in Green Bay in 1946, where he was senior class president. He attended the University of Wisconsin-Madison on a Naval ROTC scholarship graduating Phi Beta Kappa with a degree in Mathematics Education and was commissioned as an Ensign in the U.S. Navy on June 16, 1950. He married Gloria on June 17, 1950, in Green Bay. He served aboard the USS Los Angeles, a heavy cruiser, as a gunnery officer making two combat deployments to Korea during the Korean War. Don left active duty in 1953, but served in the Naval Reserve until 1960, attaining the rank of Lieutenant Commander. He was very proud of his service and was always interested in talking about the Navy.

Following the war Don taught high school math for two years in Escanaba, Mich. and Monona, Wis. After receipt of his Master's Degree in Mathematics Education from the University of Wisconsin-Madison, he took a teaching position at State University of New York-Oneonta. He completed his PhD in Mathematics Education in 1961, at the University of Maryland in College Park. In 1962, Don accepted a position at the University of Tennessee as a professor in the departments of Mathematics and Math Education so he and Gloria moved the family to Knoxville. Don taught at UT for over 40 years retiring as a Professor Emeritus. He had a passion for teaching bringing a special gift for making complex mathematical principles more understandable to students who were intimidated by or less inclined toward mathematics.

Dr. Dessart accumulated numerous professional achievements. He published over 60 articles in various professional journals. He served on several committees of the National Council of Teachers of Mathematics and as Vice-President and President of the Tennessee Mathematics Teachers Assoc. Don also served as the Director of the National Council of Supervisors of Mathematics and chaired the editorial board of the Journal for Research in Mathematics. His awards and honors include Who's Who in America, the John B. Tunstall Award as Outstanding Faculty Member (3 times), the Excellence in Humanity and Teaching Award and the Helen B. Watson Faculty/Student Outstanding Dissertation Award. Don's two crowning professional achievements were his election as the UT Macebearer for 1998-99, the highest honor for a faculty member, and the 2002 NCTM Lifetime Achievement Award for Distinguished Service to Mathematics Education.

Don, a life-long Episcopalian, was a faithful member of the following churches: the Church of the Ascension, Tyson House and Good Samaritan. He was active in each church serving in many capacities.

Don was a sports enthusiast and an avid fan of his hometown Green Bay Packers. He loved to read, especially history. He also had a passion for genealogy compiling an impressive collection of family history. Don and Gloria travelled to his ancestral Belgium where he made contact with distant cousins.

A memorial service will be held at the Church of the Good Samaritan, 425 N. Cedar Bluff Rd, Knoxville, TN 37923 at a later date. For online information and condolences go to http://www.forevermissed.com/donald-dessart/. In lieu of flowers, donations may be made to the Church of the Good Samaritan or Piedmont Health Care Center, 30 Roundtree Dr., Piedmont, AL 36272 (enter "Indigent Fund" in memo line).


To plant trees in memory, please visit our Sympathy Store.
Published by Green Bay Press-Gazette on Apr. 8, 2014.
MEMORIAL EVENTS
No memorial events are currently scheduled.
To offer your sympathy during this difficult time, you can now have memorial trees planted in a National Forest in memory of your loved one.
MAKE A DONATION
MEMORIES & CONDOLENCES
6 Entries
Six years youve been gone, but it seems like only yesterday. Miss you and love you forever.
Mary Dessart Newsome
Daughter
April 2, 2020
I was Don's last department head, and I am very sad to hear this news. He was a great educator and is already much missed. -Barb Thayer-Bacon
Barbara Thayer-Bacon
April 12, 2014
I have fond memories of Dr. Dessart from my college days at UT! He was a great educator!
Susan Bolt
April 8, 2014
Rest in peace
Larry DeGroot
April 8, 2014
No words will ever be able to express the sorrow I feel at the loss of the most wonderful man in my life, my dad. I thank you for always being there for me through all the good times and bad. Without you I would never be the woman I am today. I will miss you forever and will see you again one day beyond this world. With all my love, your daughter, Mary Charlotte
Mary Newsome
April 8, 2014
God bless you all
Buddy Bebeau
April 8, 2014
Showing 1 - 6 of 6 results