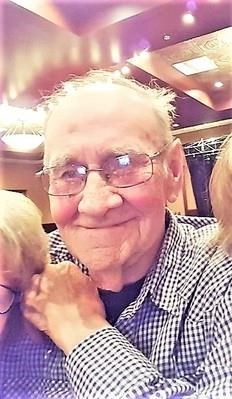 Crooked Lake - Donald P. Randerson, age 83 of Crooked Lake, passed away on Sunday, January 26, 2020. Donald was born on March 8, 1936 to the late Melvin and Martha (Stiljes) Randerson. He served his country in the United States Army in the mid 1950's. On April 19, 1958, Donald married Joyce Lewins. Donald worked for Fort Howard for many years. In 1971, Donald and Joyce moved their family to Crooked Lake. He then worked for John Hogan and later Northeast Asphalt laying black top, which he retired from. After retirement, Donald and Joyce took several trips to Canada fishing. Donald enjoyed deer hunting in Newald with his nephews.

He was preceded in death by his parents; special friends, Walter Remic and Gary Wallenkamp.

Special thanks to the staffs of Unity Hospice and The Bay at Suring Nursing Home for the care and compassion offered to Donald during his time of need.