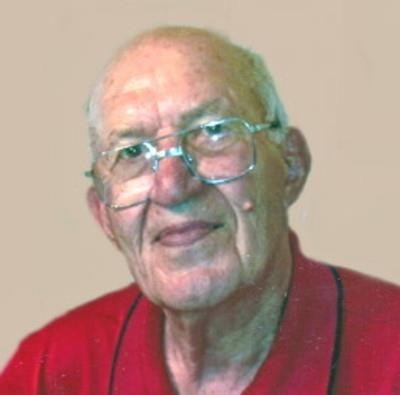 Green Bay - John G. Martinkovic, 91, Green Bay, died Thursday, February 8, 2018. He was born on February 4, 1927 in Hamilton, OH to Stefan and Katherine (Scasny) Martinkovic who immigrated to the U.S. from Czechoslovakia.

In 1945, he graduated from Hamilton Catholic High School. Following high school, John served in the U.S. Navy from 1945-47. He had been stationed in the South Pacific. After receiving an honorable discharge, John enrolled at Xavier University, Cincinnati, OH and graduated in 1951. John was an accomplished athlete in both football and basketball.

Following his graduation from Xavier, Mr. Martinkovic was drafted by the Washington Redskins but after one preseason game, was traded to the Green Bay Packers. Following the trade, John had to pull out a map to find Green Bay. After successfully finding Green Bay on the map, he played his first NFL game for the Green Bay Packers in 1951. He played with the Packers from 1951 until 1956. John was a defensive end who played in 84 professional football games. He was selected to the Pro Bowl in 1954 and again in 1955. During his storied career, John scored two touchdowns. In 1956, he was traded to the New York Giants where he played for one year, retiring in 1957.

Mr. Martinkovic has been inducted into four football halls of fame; Badin High (Hamilton Catholic) in 1994, Butler County in 1987, Xavier University in 1981, and along with Fred Cone were the two longest living members of the Green Bay Packer Hall of Fame. He was a proud member of the NFL Players Association and the NFL Alumni Association. John was also a member of the Knights of Columbus, Council #617, the Green Bay Moose Lodge #801 and the Green Bay Retired Men's Club. He has also been a member of St. Agnes Parish for over 50 years. He was a member of the parish Men's Club and for many years he and Clare worked diligently cleaning the church.

During his early playing days, John spent the off season working at General Electric in Cincinnati in the Jet Division but later, in an era when most players moved back to their home towns during the off season, John and Clare chose to make their home and raise their children in Green Bay. He was employed at Crust Buick, then Cuene Buick and finally Brennan Buick where he worked as a car salesman for 32 years, retiring in 1992.

John was an active volunteer and gave selflessly of his time, including participating in many golf outings. For many years he assisted with the golf outing that benefited the Easter Seals organization. John also played in the Super Bowl of Golf in Torre Pines, CA. He had many outside interests including woodworking and was a great handyman. John spent many enjoyable hours ice fishing and enjoyed being a numismatist (coin collecting). Most importantly, John was a wonderful husband, father, grandfather and great-grandfather.

Friends may call at St. Agnes Catholic Church, 1484 Ninth St., from 9 to 11 a.m. Friday, February 16, followed by the Mass of Christian Burial with Rev. Patrick C. Beno officiating. Entombment will be in Allouez Chapel Mausoleum. Blaney Funeral Home is assisting the family. To send online condolences, please to go www.BlaneyFuneralHome.com.

In lieu of flowers, a memorial fund has been established in John's name.

The family extends a special thank you to the kind, loving and thoughtful staffs of Heartland Hospice and Allouez Parkside Villa.


Published by Green Bay Press-Gazette on Feb. 11, 2018.
To plant trees in memory, please visit the Sympathy Store.
MEMORIAL EVENTS
Feb
16
Calling hours
9:00a.m. - 11:00a.m.
St. Agnes Catholic Church
1484 Ninth St., WI
Feb
16
Mass of Christian Burial
11:00a.m.
St. Agnes Catholic Church
1484 Ninth St., WI
Funeral services provided by:
Blaney Funeral Home - Green Bay
MAKE A DONATION
MEMORIES & CONDOLENCES
Sponsored by Blaney Funeral Home - Green Bay.
3 Entries
Dear Clare,
My daughter sent me the news. We are saddened by your loss, and send you our prayers and sympathy. We loved the times we had with you & John, loved the apple picking, the spade club and we miss all of that.
the John we knew & loved left us several years ago, so now he is at peace & in his real home. We pray you will find comfort in your faith & love of God, and be grateful for the 60 wonderful, full happy years. fondly, Midge & Bo;b Ebben
midge ebben
February 12, 2018
Clare,

i know that mom and dad really enjoyed traveling with you and John. I always had a fondness for John from the time he got me into the Green Bay game when I did not have a ticket. Hopefully him and Bob are sharing some good times in heaven.

My thoughts are with you at this time