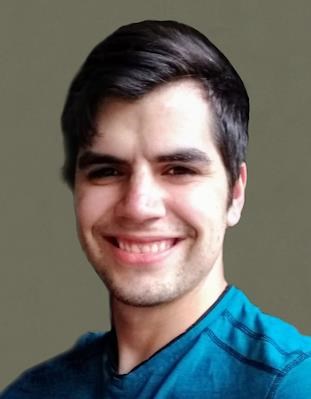 Green Bay - Jordan Kjell Krebsky, 25, of Green Bay, passed away due to the injury he sustained after being struck by a vehicle. Although his life was cut short, he was able to provide life to four people in need of an organ transplant.

Jordan was born September 8, 1994 in Sao Paulo, Brazil to Esdras Oliveira and Karen Marie (Kjell) Krebsky. Growing up, he and his family traveled between Brazil and the United States for many years doing missionary work. While in Fish Creek, Jordan met his future wife, Charity, and they began dating during high school. He graduated from North Atlantic Regional High School in 2012. On April 19, 2013, Jordan and Charity Eileen Weborg were united in marriage at the Door of Life Christian Church in Sister Bay. When the couple moved from Glen Ellyn, after living there for three years, to Green Bay, Jordan transferred IHOPs and continued his assistant management position. For 11 months after that, he worked at Schneider International as a payroll support temp and a logistics technician temp. Then, he worked as assistant deli manager for Festival Foods in Bellevue for two years. Just over a year ago, he began working as a team leader for KI and recently began an automation internship. Jordan enjoyed playing guitar and bass, writing, futsal, and riding his bike. Above all, he was a family man who loved playing with his children and spending time as a family.

Jordan was preceded in death by his grandparents, Orlando Krebsky and Lucille and Axel Kjell and uncle, Eber Krebsky.

Jordan's life will be honored with a memorial service on Saturday, August 8, 2020 at 3:00 p.m. at Huehns Funeral Home in Sturgeon Bay with Pastor Ed House of Door of Life Christian Church. A live stream of the service will be available via Facebook live for those not in attendance. Masks and social distancing are required, sanitizing stations will be provided, and temperature checks will be taken at the door.

Visitation for family and friends will be from 1:00 p.m. until the beginning of the service.

In lieu of flowers, memorial donations can be made to "Jordan's Family Fund" through Nicolet National Bank.

Expressions of sympathy, memories, and photos of Jordan may be shared with his family through his tribute page at www.huehnsfuneralhome.com.