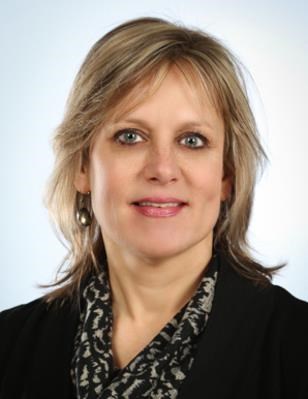 She was born March 17, 1964, to Floyd and Martha Dalke. Karen married Dan Skorczewski, whom she had been with since the age of 16. When they married in 1984, the two halves became one.

A lover of traveling, Karen had been to every continent besides Antarctica. By far, her favorite travel destination was the Little Book Cliff Mountains in Colorado. Karen was also linguistically gifted, fluent in several languages, including French and Spanish, and spoke Finnish, Dutch, Greek, as well as a few others. In her travels, Karen loved to immerse herself in learning about other cultures and spread joy wherever she went.

Ever the scholar, Karen received her bachelor's degree in human development, her master's in community human services, and a Ph. D in anthropology. For the last 20 years, Karen researched wild mustangs, turning her passions into a career, where she taught as a professor at UW-Green Bay in the Public and Environmental Affairs department. She was widely renowned as a scholar, receiving numerous awards for publications, photography and teaching. One of her photographs was even featured on the cover of Conquistador, a German quarterhorse magazine.

In addition to her work at the University, Karen was involved in many local organizations, including Cats Anonymous and the UW-Green Bay equestrian team. Before beginning her career in academia, Karen worked as a social worker, a marriage and family therapist, and ran the local crisis center. Karen was generous in her philanthropic work, giving to many animal-based organizations.

She will be sorely missed by all she left behind, but as we all know, wherever she is, she will be "just peachy."

A private memorial celebration will take place to honor Karen.

Online condolences may be expressed to Karen's family at www.muehlboettcher.com

Muehl-Boettcher Funeral Home, Seymour is assisting the family with arrangements.

Karen's family would like to thank the staff at ThedaCare ICU for all their compassionate care.

Published by Green Bay Press-Gazette on Jul. 17, 2018.
To plant trees in memory, please visit the Sympathy Store.
MEMORIAL EVENTS
To offer your sympathy during this difficult time, you can now have memorial trees planted in a National Forest in memory of your loved one.
Funeral services provided by:
Muehl Boettcher Funeral Home
MAKE A DONATION
MEMORIES & CONDOLENCES
Sponsored by Muehl Boettcher Funeral Home.
18 Entries
I just learned of her passing when I googled “Sorraia horse” . Karen was a veritable power house, a do-er, mover and shaker. The world is grayer without her in it. My heart-felt sympathies to Dan and her family and friends.
Cheryl Haass, DVM
September 24, 2020
I still can't believe this fabulous lady no longer inhabits this earth, but alas, perhaps she was too good for this planet.
Missing you today and always, friend.
Karen Sigl
July 11, 2019
I was shocked to hear of Karen's passing. I was one of the professors in her PhD program at University of Wisconsin-Milwaukee. (I was a member of her dissertation committee, and so I read every word she wrote about wild mustangs in the American West). I remember her as a vibrant, smart, and dedicated person -- someone without a trace of guile or manipulativeness. She persevered with the PhD program despite the inevitable ups and downs, and I so wasn't surprised that she received a competitive teaching position at UW Green Bay. Her passing is especially tragic for me, because just a few weeks ago I sent her a thank you note for serving as a mentor to one of our current students in the program. Apparently, Karen ran into another UW-Milwaukee student in June 2018 at a conference on Equine Culture (at a university in England), and she took the time to learn about this other student's research and make a connection with another Wisconsin-based scholar. That friendly and generous gesture is so typical of Karen as I remember her. What a loss, and I send my condolence to her husband Dan (whom I remember meeting once) at this painful time in his life. Regards, Prof. Paul Brodwin
Paul Brodwin Brodwin
Teacher
August 3, 2018
Karen saw the world as it could be and dared to make it so.
keith swett
July 27, 2018
Every day is harder than the last. Karen was the best sister ever! I was so proud of all she achieved. I was her biggest cheerleader. I really hope I get to see her again with all our animals.
Kelly Loehe
Sister
July 26, 2018
With deepest sympathy on loss of your love one. May it bring comfort you to know that she will return to the days of her youthful vigor as promised at Job 33:25.
Melissa Pioneer
July 21, 2018
May the God of comfort grant you strength during this difficult time. My condolences to the family.
July 19, 2018
I am so very very sorry for your loss of Karen. You are not alone during this time of sorrow and pain. May you be comforted by Our Heavenly Father and dear loving supportive friends along with happy memories. Isa 41:10
G A
July 19, 2018
My deepest sympathies. May the "God of all comfort," help to ease the pain of your grief during this time.(1 Cor 1:3,4)
Ashley
July 19, 2018
May God's promise found in John 6:40, of the hope to see our loved ones again, comfort your heart and give you peace, strength and hope in the days ahead.
Please accept my sincere condolences.
July 18, 2018
Dan, Martha and Kelly, we lost a wonderful soul. Our high-spirited Karen and her "random acts of kindness" will be missed... she's one of a kind; a great friend. Forever loved :) Chris & Larry
Christine Terrien
July 17, 2018
Dan, our thoughts and prayers are with you and the entire family.
Bruce and Carrie Kornaus
July 17, 2018
I remember the first time that I met Karen. She was sitting on the ridge of the roof of a home I was building. She was slinging shingles down to Dan who is installing them. I remember asking Dan who that was and he said that's my wife. She isn't afraid of anything..

Godspeed Karen.
Joel Gmack
July 17, 2018
Martha and Dan, I truly am sorry for your loss and cannot imagine what you're going through. I pray for Gods comfort on you at this difficult time.
Nita Williams
July 17, 2018
Karen is certainly a person I will never forget. What a tragic loss for this world; I am still in shock. My deepest, most heartfelt condlences to Dan and Martha, and the rest of Karen's family and friends.
And Karen -- Barney and Betty would like you to tell their mom that they love and miss her so much, but that they landed in a safe place and will be loved, cared for, and spoiled rotten for the rest of their time on earth.
Peace, light, and love to you, our beautiful friend.
Karen Sigl
July 17, 2018
So sorry for your loss. To Dan and Martha and all of the people that loved her. Such a tragedy. Dan-know that we are all thinking of you. Martha my deepest sympathies.
Cindy Lorenz Verstegen
July 17, 2018
Rest in peace, Karen, and thank you for all of your friendship, energy, vitality and creativity.
Janet Speth
July 17, 2018
Dan, our hearts and prayers go out to you and the other family members. Remember all the good times you two experienced together in your journey thru life. She was special and one of a kind. We will always remember her. Our condolences, Tom, Ali, and Jon Dretzka
July 16, 2018
Showing 1 - 18 of 18 results