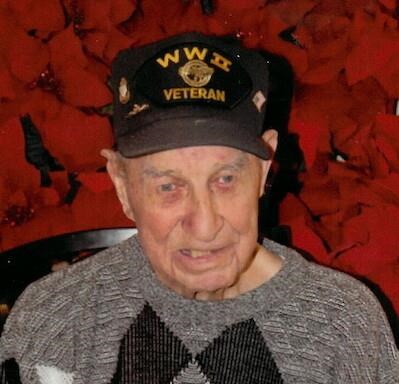 Green Bay - Loren C. Thiede, 100, died Friday evening, July 9, 2021. He was born April 1,1921, in Cecil, Wisconsin to the late Ortin and Nellie (Kellogg) Thiede. He married Elaine Montcalm on January 9, 1942, in Marquette; they celebrated their 68th wedding anniversary together before her death in 2010.

Loren was proud of his many adventures and happy to retell them, but none more than his Coast Guard service on the USS Hurst, Destroyer Escort 250 during WWII, from 1943 to 1945. He was proud to be a noticeably young Chief Motor Machinist's Mate. He stayed in touch with his crewmates at many DE Sailors Assoc Reunions around the country and came back with more remembered stories each time. On April 1st, for his 100th birthday, it was with great delight for his family, his Tender Hearts Assisted Living friends and representatives of VFW Post 7692, and Coast Guard Members Sector Lake Michigan, to see how much he appreciated all the honors, mementos and kind words for him. And then! There were the 1300 birthday cards he received thanking him for his service! Our family cannot begin to thank everyone who worked so hard to make this celebration happen for him! We will remember and all enjoy telling the story of that day!

After graduating from the Sanborn (Wisconsin) School in 1937, his adventure for the next few years was with FDR's Civilian Conservation Corp as an orderly. His stories continued.

In 1940, Loren, like many others enlisted when the time came. Stationed in Marquette, he then met Elaine, the love of his life and married. She was stationed with him in Baltimore, until his call came to ship out. He served in several places and their missions on the DE250 took him back and forth across Atlantic. Somewhere in his travels, he became a trusty Shellback. He served until 1946 and returned to Marquette. Oh, the stories.

For over 30 years Loren was proud member of the Teamsters Union during his truck driving career. He drove for Olson Transportation many years and retired from Bulk Transport in 1981. His next adventure was starting a business, Cart Services. He would clean service and repair—ah the good old days—grocery carts all over northeast Wisconsin and the UP.

During all these years, he and Elaine travelled the country with his sister and brother-in-law, Orla and Bill Hendrickson and his niece and husband, Sally and Jimmy Melmer. In between those trips were vacations with Elaine's sisters' and brother's families. Oh, so many, many stories! In later years, they were snowbirds. They golfed and gambled. After Elaine passed, the Oneida Casino and Burger King were his favorite spots. He did puzzles, watched Westerns and was watched over by his neighbors. Then when he needed more help, his nephews Dan Bastien and Jim Bastien and their families stepped up to help, allowing him to stay in his home until he was nearly 98 years old. Boy, there were some stories and moments!

The family moved him to Tender Hearts Assisted Living where he was cared for by so many wonderful and kind caregivers. Thanks, again to Jen and Nikki and the whole amazing staff at Tender Hearts. The wonderful care he received from Heartland Hospice helped Loren and his family so much.

Loren was the last of our Old Guard truly the end of an era. His goal was to "make it to 100 and then I'm going to quit". He joins Elaine and the whole gang. Now the party can start. He leaves behind many nieces, nephews and all the great and great-great nieces and nephews that have come along over these many years. So, we will not soon forget each of the stories we were part of over those years.

Visitation will be held at Blaney Funeral Home, 1521 Shawano Ave., from 11 a.m. to 1 p.m. Saturday, July 17. A Funeral Service will be at 1 p.m. Saturday, July 17 at the funeral home. Military Honors will conclude the service. Entombment will be in the Allouez Chapel Mausoleum. To send online condolences, please go to www.BlaneyFuneralHome.com. 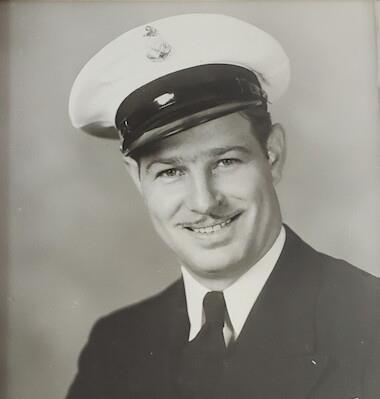