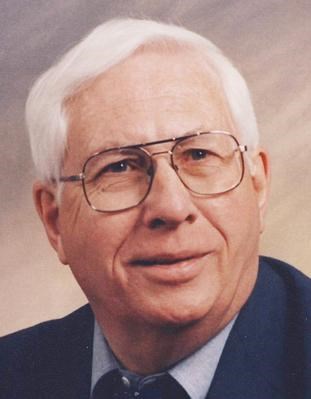 Paul was President of Marshalltown Community College (Iowa); 1977-1988 but his greatest joys were teaching and volunteer activity. He taught numerous courses over his life, was heavily involved at St. Anne's Episcopal Church of De Pere, promoted adoption through such organizations as Ours Through Adoption, and was class agent for Ripon College Class of 1957 since 1980. He served six terms as Alderman of De Pere, Wisconsin.

Paul was married to Ann McGarry and later to Patricia Cochrane.

He is survived by four children; six grandchildren; three step-daughters. Also by a sister, Penelope and two nieces.

Family and friends may call Wednesday, July 9, 2014 from 1:00 p.m. until the hour of Memorial service at 3:00 p.m. at Cotter Funeral Home, 860 N. Webster Ave., De Pere, with the Rev. Eric Mills officiating. In lieu of flowers or any other gifts/donations Paul asked that they be directed to either the Paul and Patricia Underkofler Kegel International Peace Scholarship endowment at Ripon College, or to the Patricia Underkofler Kegel Scholarship endowment at Ripon College. Online condolences may be expressed at www.cotterfuneralhome.com.


Published by Green Bay Press-Gazette from Jul. 7 to Jul. 8, 2014.
To plant trees in memory, please visit the Sympathy Store.
MEMORIAL EVENTS
To offer your sympathy during this difficult time, you can now have memorial trees planted in a National Forest in memory of your loved one.
Funeral services provided by:
Cotter Funeral and Cremation Care- De Pere
MAKE A DONATION
MEMORIES & CONDOLENCES
7 Entries
Paul was a kind and gentle man. We met through Hospice in 1996, after I had lost my father and he had lost his wife. He became a friend to our family, and we were all very fond of him. After I moved away in 2001 to get married, he was one of the friends I missed the most. I still do.
Frances FitzGerald
July 26, 2014
Dear Dr. Kegel Rest in Peace.
Aleksandra Slezak
July 13, 2014
I first met Coach Kegel in the Summer of 1962. I was fortunate enough to have Mr Kegel as my Babe Ruth baseball coach.Each and every player admired Mr Kegel. He was wonderfully patient,always encouraging us,always teaching us about the game. That summer was the most enjoyable summer of baseball. As I reflect on Coach Kegel, I must say he was truly a man of integrity. I never forgot about Coach,and met him at St Norbert College about 45 years later. Coach was the same,gracious and gentle as always. What a joy to see him again. What a Man! God Bless You, Coach. Tony Berken
July 12, 2014
Paul,
I will miss you. You were always inspiring, fun, so caring and positive when we visited, or when we chatted on the phone.
I have always cherished, and will continue to hold dearly in my heart, the memories of love, happiness, and the tender care which you brought to my mom's life. Now you will be with your "Eden" once again.
With condolences to your children (whom you always spoke So proudly of) and to your extended family. I know you will be deeply missed by the many people's lives you have touched ~ and in so, so many ways.
With respect, sympathy and love to you and your family.
Lisa Marie Underkofler-Cochrane
Lisa Marie Underkofler-Cochrane
July 9, 2014
Paul truly lived out the Norbertine principle of serving the needs of his community. A good man.
Scott Crevier
July 8, 2014
De Pere has lost a valued public servant and a cherished friend.
Cheryl Detrick
July 8, 2014
My condolences.
Bernard Olejniczak
July 8, 2014
Showing 1 - 7 of 7 results