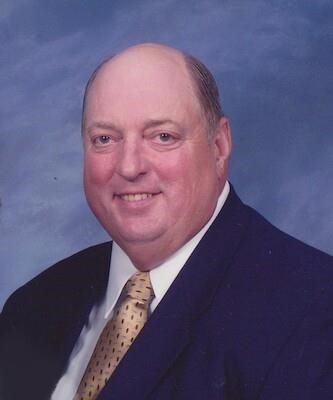 Shawano - Richard "Dick" Lynn Martzke, age 78 of Shawano, passed away on Friday May 28, 2021 due to complications of a stroke and dementia. He was born on March 10, 1943, to the late Frederick "Fritz" and LaVerne (Holtz) Martzke. He graduated from Shawano High School in 1961 and Winona State College in 1965 with a B.S. in Industrial Education. He completed an M.S. in Vocational Education from the University of Wisconsin- Stout in 1973. On October 12, 1968, he was married to Mary Stewart in Jacksonville, Illinois. The couple resided in Algonquin, Illinois. They moved to Wisconsin in 1971 and lived in Stevens Point, Randolph, Colfax, Eau Claire, Menomonee Falls, and Milwaukee before retiring to Shawano in 1999. Dick worked in public school education for over 30 years serving as teacher, coach, principal, vocational coordinator, and district administrator in various school districts, and was a member of the Wisconsin School District Administrators and Wisconsin Principals Association. Dick enjoyed hunting, fishing, boating, gun collecting, traveling, and winters in The Villages, FL. He was a lifelong Packer fan and was proud to have attended the Ice Bowl. Dick served on the WIAA Advisory Council and attended the WIAA boys state basketball tournament every year from 1957 until 2019. He was a member of St. James Lutheran Church, Life Member of Whitetails Unlimited, and Life Member of the NRA. More than anything, he was a wonderful husband, father, and grandfather who was deeply loved and will be greatly missed.

Dick is survived by: his wife, Mary; his children Paul (Malaina) Martzke, of Green Bay, and Julie (fiancé Peter Toll) Martzke, of Minneapolis, MN; three grandchildren Jack, Owen, and Tressa Martzke; several nieces and one nephew. He is further survived by other relatives and friends.

He is preceded in death by his parents Fritz & LaVerne Martzke; his brother Frederick "Butch" Martzke; his mother and father-in-law John and Helen Stewart; his sister-in-law Lois Stewart Rule; and brother-in-law, Marlin Stewart.

A funeral service for Dick will be held at 11:00 am on Saturday June 5, 2021, at St. James Lutheran Church in Shawano. Burial will be in Woodlawn Cemetery. Visitation will be at the church on Saturday from 9:30 am until the time of the service.

In lieu of flowers memorials can be directed to St. James Lutheran Church or the Shawano Athletic Booster Club.