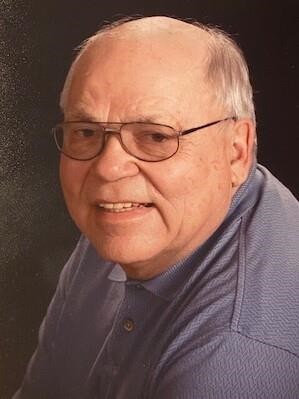 Shawano - Robert L. "Bob" Bubolz, born May 15, 1943 in Shawano to the late Arnold and Lillian (Schuettpelz) Bubolz. Bob died as expected. Bob graduated from Suring High School on May 25, 1961 and then subsequently graduated from UW-Madison, January of 1968 with a degree in Civil Engineering after a hiatus to save enough money to finish school. On June 19, 1971, he married Barb Zellmer of Suring at Mount Olive Lutheran Church, making it just shy of 50 years. They lived in Green Bay and were blessed with 2 daughters. Following graduation from college, he spent 34 years working for Wisconsin Public Service in Green Bay until he retired in 2005. Despite Barb saying that she would never again live in a house during remodeling, they moved to Shawano in 2003 so Barb could work with their son-in-law. His love of old tractors, spending time in the woods, and deer hunting was surpassed only by his devotion to his family and grandchildren.

He is survived by his wife; daughters, Jennifer Bubolz Miller (Jay) and Carey Grieves (Brian); grandchildren, Joe, Julianna, Jacinda Miller and Jack and Charlie Grieves; special adopted family Jeff and Wendy Fritz (Sam and Hatty) and good friends Curt and Jean Suring. He is also survived by one brother Arnie (Shirley) and one sister-in-law Erna; nephew and Godson, Barry Bubolz, as well as numerous nieces and nephews.

Bob is preceded in death his parents, by three brothers, Richard, Ronald and James; as well as two brothers-in-law Marvin Zellmer (Bette), Leroy Zellmer (Mitzi), and one sister-in-law Shirley.

Memorial services for Bob will be held at 11:00 am on Saturday, February 27, 2021 at St. Jakobi Lutheran Church with Rev. Travis Kleinschmidt officiating. Inurnment will be in the church cemetery. Visitation will be on Saturday at the church from 9:00 am until the time of service. For those who wish, services will be announced over the loudspeaker in the parking lot on radio station 104.5 FM. Memorials can be directed to the St. Jakobi Building Fund. COVID-19 virus precautions are requested by wearing a face covering and distancing, please. In lieu of a lunch, we will share Bob's favorite candy bar with you.


Published by Green Bay Press-Gazette from Feb. 22 to Feb. 24, 2021.
To plant trees in memory, please visit the Sympathy Store.
MEMORIAL EVENTS
Feb
27
Visitation
9:00a.m. - 11:00a.m.
St. Jakobi Lutheran Church
WI
Feb
27
Memorial service
11:00a.m.
St. Jakobi Lutheran Church
WI
Funeral services provided by:
Swedberg Funeral Home - Shawano
MAKE A DONATION
MEMORIES & CONDOLENCES
Sponsored by Swedberg Funeral Home - Shawano.
4 Entries
Bob and I started at WPS about the same time. I met him in orientation class during the summer of 1968. He had a natural sense of humor and was always grinning about something he wouldn't share. He always called me Myer, steadfastly refusing to pronounce the 's'. So I called him Bubbles.

Barb and family, we send our deepest condolences.

Bubbles, go rest high on that mountain. We wish you didn't have to leave so soon!

Jerry and Ann Myers
Jerry Myers
Friend
February 24, 2021
Bob and I worked at Wisconsin Public Service for years, in different departments. I found him to be kind and helpful and a really solid person. My sympathies to his family who must surely miss him.
Susan
Coworker
February 23, 2021
Barb and Family - I am so sorry to hear of Bob's passing. I enjoyed the years we worked together in Gas Engineering at WPS and our company/department get togethers. He always told me family came before work and I sure appreciated his understanding. He will be missed, but he will never be forgotten.
Linda Skarda
Coworker
February 23, 2021
While Bob’s passing leaves an emptiness, it is also true that he has left his “mark” on SO many, a wonderful legacy of love. I will never forget, and always be grateful for, his and Barb’s visit with my Dad, also a Bob, when Dad lived at Willow Lane during his final years. Bob seemed to always have time (and talent) to share. And now, dear Barb and family, may faith, family, friends, and fond memories sustain you in your grief.
Kathy Damon
Family
February 22, 2021
Showing 1 - 4 of 4 results