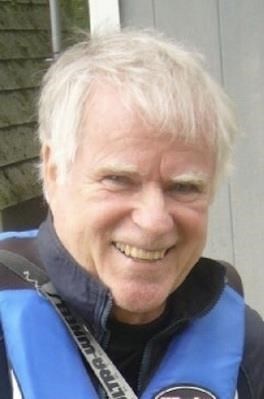 Green Bay - Rolfe E White, 83, passed away on June 9, 2021 peacefully at home surrounded by his family. He was born February 14, 1938 to the late Endsley "Sonny" and Lucerne White in Cleveland, OH. Rolfe attended college at Oberlin College obtaining his undergraduate degree. He continued his education completing a master's degree in Social Work from Case Western University in Ohio. In 1969, he moved from Cleveland to Green Bay and accepted a position with UW-Green Bay as a professor of Social Work. Rolfe was a lifelong learner and continued to always strive to achieve more. One of his greatest accomplishments was completing his Doctorate in Philosophy from Laurance University in 1982. His passion was to give back to the community and serve for the common good. With his Social Work platform, it led to the founding of the NEW Community Clinic in 1971 serving low-income and uninsured individuals in the community. He continued to serve on the board as President until January 2021. He was passionate about the community's homeless population and served as the chair of the Task Force to the area's homeless coalition. Upon retirement from UW-Green Bay in 1998, he amplified his love for Social Work and the University by initiating the Rolfe E. White Scholarship for future Social Work students. He continued to be a large part of the adjunct staff and instruct master level classes years after his retirement.

Rolfe was selfless in all he did. He taught with his entire heart and mind, never leaving a stone unturned, a question unanswered, or a student in need. He seldom spoke of all his amazing accomplishments and never thought what he was doing was anything more than what everyone should do. His kindness, compassion, and love for his career left a lasting impression on many.

Shortly following retirement, he reunited with his forever love, Judy. They married on April 30, 2001. They enjoyed many outdoor activities, Packer games, traveling, coffee shops, dinner with friends, and simple quiet days enjoying their yard. Rolfe loved all these things, but he shined and was most alive when he was able to windsurf. This was his happy place. The Bay, the water, and winds; this was Rolfe. He never hesitated to teach anyone, anything. He wanted to spread his love for the sport with all that he knew.

A heartfelt thank you to the cancer team at Vince Lombardi Cancer Center and all of the Unity Hospice nurses and staff. We appreciate your support and care for Rolfe during these difficult times.

Close family will gather for a small private graveside ceremony at Woodlawn Cemetery where Rolfe will have his final resting place. A celebration of life will be held later this summer and all who knew Rolfe are welcome to attend. Date, time, and location will be available soon.

In lieu of flowers, a donation will be given to the Homeless Coalition of Brown County and the NEW Community Clinic in Rolfe's name.

Published by Green Bay Press-Gazette from Jun. 11 to Jun. 13, 2021.
To plant trees in memory, please visit the Sympathy Store.
MEMORIAL EVENTS
To offer your sympathy during this difficult time, you can now have memorial trees planted in a National Forest in memory of your loved one.
Funeral services provided by:
Hansen Family Funeral and Cremation Services - Green Bay
MAKE A DONATION
MEMORIES & CONDOLENCES
Sponsored by Hansen Family Funeral and Cremation Services - Green Bay.
4 Entries
Dr. Rolfe White was my primary professor as a Social Work major at UWGB and he was an excellent teacher. Funny thing: the times we students enjoyed most was when he would get sidetracked during class and start related life experiences in the field. My sympathy to his family and friends for the loss of this wonderful man.
RENEE RHOADES-LEMBCKE
School
June 22, 2021
Rolfe was an excellent social work professor and a supporter of the profession. One of the first classes I took as a returning adult student was his Social Work 101 Class which I remember well to this day. His work impacted hundreds of social work students who went on to impact thousands of people in need for generations. My deepest sympathies to the White Family.
Glen Tilot
Student
June 20, 2021
Thank you to Rolfe White for talking me into going into social work and for telling me to apply again after I did not get into the school of social work the first time ! Have been a social worker for 25 years and would not be here if Professor white did not believe in me ! He made a difference in my life.
Desiree Steltz
June 13, 2021
Met Ralph 5 years ago or so, windsurfing. He was a great guy,,, I did not know he was involved in so much as he was not to let on he did all these things.
That is the guy I saw.
Martin Malcheski
Friend
June 12, 2021
Showing 1 - 4 of 4 results