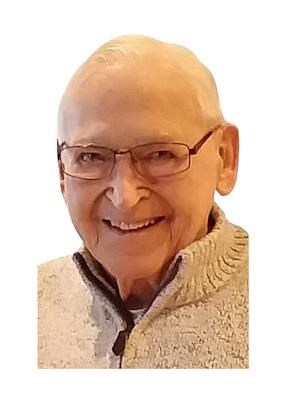 Green Bay - God gained an amazing man who was a loving husband, father, stepfather, grandfather, great grandfather & friend to all who had the privilege of knowing him. On Jan 27, 2021, at the age of 92, Roy E. Downham's golden heart finally gave out.

Born January 14, 1929 in Antigo WI, to Edward Roy and Martha Downham of Westboro, WI. Roy was a 1946 graduate of Clintonville High School. He served in the U.S. Navy from 1946-1948 stationed aboard the USS Bayfield, APA-33 touring the East Coast of China. After an honorable discharge, he attended UW Madison on the G.I Bill. In 1951, Roy was elected into PI Tau Sigma and Tau Beta PI, National Engineering Honor Fraternities, the highest honor to be extended to engineering students nationwide. He graduated with honors in 1952, receiving a BS degree in Mechanical Engineering.

In 1959, Roy joined Overly Inc., Neenah, WI. In 1962, he was promoted to Chief Engineer and in 1964 to Executive Vice President overseeing the designing and selling of various paper drying systems throughout the country and Europe.

On January 14, 1969, Roy, on his 40th birthday, along with his partners, Jack Frost and Jack Eckelaert, started a new dryer company named TEC Systems. Roy was elected President & Chairman of the Board. Within an 8 year period, the three men led Tec Systems to be the largest floatation dryer company in the U.S. TEC sold dryers to the printing, coating and film industries. TEC's philosophy was "If we give people a little more than what they thought they were buying, you will be successful".

TEC was sold to W. R. Grace in 1978. Roy stayed on as President & Chairman of the Board of TEC and Vice President of W. R. Grace, Polyfibron Division until his retirement in 1982 at age 53.

In 1982, Roy received the Distinguished Service Award from the De Pere Chamber of Commerce.

In May 1986, Roy came out of retirement and founded ASI (Advance Systems Inc.) ASI was the first tenant in Green Bay's I-43 Business Center. Roy finally retired in 1999 at the age of 70. Roy enjoyed seeing people succeed and was helpful in starting other companies including Strategic Data Systems, Four-Corp and Belmark Co. of De Pere.

Roy and friends, Robert Schaefer, John Robishaw, James Temp and Donald Long founded the non-profit University Village Housing, Inc. to develop resident housing for students at UW-Green Bay. In 1994, Roy was recognized for his contributions to the development of university housing and for his service on the UVHI Board of Directors by UW-GB dedicating a new three story residence hall in his name (The Roy E. Downham Hall).

On June 30, 1990, Roy was twice blessed with his marriage to Patricia E. (Gillis) De Groot and is survived by Patricia & stepson, Brett De Groot.

Besides his parents, Roy was preceded in death by his brother, Cyril Downham, his sister, Cora Belle Keller & sister-in-law, Barbara Gillis.

Roy enjoyed hunting, fishing, designing cottages & homes, & boating. He loved the outdoors & spent many hours in the woods of Upper Michigan hunting & at his homes on Lake Gogebic & in Door County. He also enjoyed the many winters he and Pat spent in Florida at their homes on Marco Island and in Fort Myers.

As a loving father, his guidance, support, integrity & generosity, left an indelible mark on the lives of his children, grandchildren & great-grandchildren. He will be truly missed & forever loved by all.

Visitation for Roy will be held on Thursday, February 4, 2021 at Lyndahl Funeral Home, 1350 Lombardi Ave. from 4:00 PM until 7:00 PM. In lieu of flowers, donations may be made to Happily Ever After, https://www.heanokill.org/donate.html. A private funeral service will be held for Roy and a livestream will be available on his tribute page at www.lyndahl.com. Please scroll past his obituary to see the stream, which will begin at 10:00 AM on Friday morning, February 5, 2021. Roy will be laid to rest at Shrine of the Good Shepherd Mausoleum.

Roy & family would like to extend their heartfelt appreciation to the Aurora Cardiology Dept., especially Kelly Fredrickson, Anne Campbell & Bobbi Flynn for their outstanding care and compassion. Your phone calls made his day. 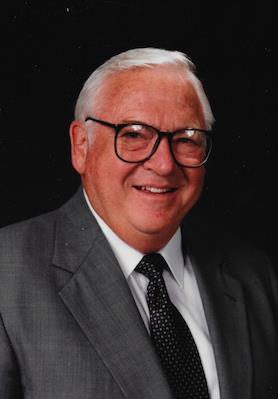 Published by Green Bay Press-Gazette from Jan. 30 to Jan. 31, 2021.
To plant trees in memory, please visit the Sympathy Store.
MEMORIAL EVENTS
Feb
4
Visitation
4:00p.m. - 7:00p.m.
Lyndahl Funeral Home
1350 Lombardi Avenue, Green Bay, WI
Feb
5
Funeral service
10:00a.m.
livestream
www.lyndahl.com, WI
Funeral services provided by:
Lyndahl Funeral Home
MAKE A DONATION
MEMORIES & CONDOLENCES
Sponsored by Lyndahl Funeral Home.
5 Entries
Trudy and I were twice blessed to have know Roy in different phases of the past 5 decades.
Trudy was one of the first hires at TEC Systems 50 years ago this week. It didn’t take long to realize that Roy was a natural born leader and great boss. He made everyone feel like they were working WITH him instead of FOR him. He treated his staff like an important part of TEC’s ever growing family. Everyone enjoyed their jobs—and looked forward to the legendary parties and picnics. I was a cold dose of work place reality when Roy left TEC in 1982.
We only saw Roy occasionally over the next 18 years, but he always remembered names, relationships and occupations. He always truly cared.
In 2000, Roy and Pat visited the Showcase home we built for ourselves and a new phase of our relationship began. Great chemistry led to the design and build of two new homes in 2001 and 2014. And everyone of our building staff also liked and respected Roy. Like at TEC, they did their best work so as not to let him down.
Since we gladly extended unlimited lifetime warranties, we got to see and speak to Roy and Pat often. They were loyal supporters, too, hiring us for other real estate needs
Over 5 decades, Roy was like a second father figure to both Trudy and me—except he was always supportive and never yelled.
Everyone will say Roy was a likable great guy. You only have to read his well written obituary to understand that he was much more—accomplished, consequential, a true mentor, unforgettable.
Trudy and I are truly sad that Roy is gone. But today we also smile and celebrate a most important man In our lives.
Trudy & Dennis Dolan
Friend
February 5, 2021
My deepest sympathy to the family. I worked for TEC Systems when Roy was at the helm. Such an intelligent, fun loving man. I have so many good, fun memories of him and my days at TEC. May he rest in eternal peace!
Pat
Coworker
February 2, 2021
Pat and family you have my condolences. I enjoyed Roy’s expertise and input as a fellow Board member of University Village Housing Inc. Roy was very interested in meeting the housing needs of University of Wisconsin Green Bay students in the most efficient and effective manner. Enjoyed sharing coffee and pondering the lay of the land at Green Bay Area Mens Club meetings with Ray! As a deliberate leader Roy was never shy in sharing his position! Rest In Peace my Friend!
Keith A. Pamperin
Friend
February 1, 2021
Pat, we are so sorry for your loss. I’m glad you found each other and were able to share the years you did and make some great memories. We only met him once but new he was a kind and generous man. What a wonderful legacy he leaves. With deep sympathy, Jerry and Debbie (Tilly) Schmit
Debbie Schmit
Friend
January 31, 2021
I am glad to have known Roy. May he rest in peace. Our sympathies to the family. From us in Grand Haven, Michigan.
Terry Johnson
Family
January 30, 2021
Showing 1 - 5 of 5 results