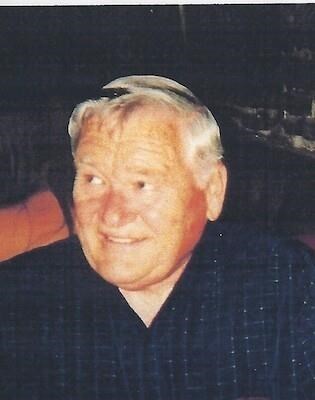 In March of 1962 Todd started his career as a staff engineer in the Construction Grants Program, authorized under the Federal Water Pollution Control Act, which later became the Clean Water Act. His 35- year career in administration and management of the Clean Water Act Programs in the Region 5 office (Great Lakes Area) of the U.S. Environmental Protection Agency in Chicago was recognized with numerous awards including the Agency's highest, the Gold medal for Exceptional Service. He also received the Distinguished Career Award when he retired in 1997.

He then returned to Green Bay and became a regular at the Duplicate Bridge groups at the Senior Centers in Green Bay (where he served as director) and De Pere. He was a member of The Green Bay Area Retired Men's Club.

In lieu of flowers a memorial fund has been established in Todd's name.

To support Todd's passion for the environment, please recycle. "There is no such thing as away; when we throw anything away it must go somewhere." - Annie Leonard

Expressions of sympathy, memories, and photos may be shared on his tribute page at www.Lyndahl.com

To plant trees in memory, please visit our Sympathy Store.
Published by Green Bay Press-Gazette from May 13 to May 16, 2021.
MEMORIAL EVENTS
No memorial events are currently scheduled.
To offer your sympathy during this difficult time, you can now have memorial trees planted in a National Forest in memory of your loved one.
Funeral services provided by:
Lyndahl Funeral Home
MEMORIES & CONDOLENCES
Sponsored by Lyndahl Funeral Home.
0 Entries
Be the first to post a memory or condolences.